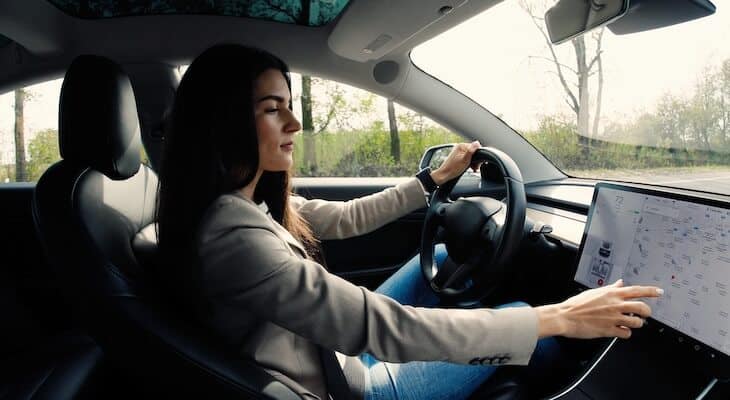 Teslas are some of the best-known electric cars on the market. But with the starting price of a Tesla Model 3 coming in at around $40,000, it’s out of reach for many drivers. Fortunately, there are plenty of Tesla alternatives with other automakers stepping up to release new electric car models.

Pros and Cons of Buying a Tesla

Buying a battery electric vehicle (BEV) is a big decision, no matter what brand you have in mind. And for some drivers, Teslas are the must-have model because of their iconic look, their name recognition, and their extensive charging network.

But as with any car, there are some downsides. Let’s take a look at some of the pros and cons of buying a Tesla, followed by some notable Tesla alternatives.

Long range. Of all the EVs currently on the market, Teslas have a longer electric range than most alternatives. According to the EPA’s ratings, the 2020 Tesla Model S Long Range Plus was the first to break the 400-mile barrier, while the Tesla Model Y Compact Crossover gets 244 miles of standard range.

Less depreciation. Some electric cars can lose half of their value after just a few years of ownership. Teslas are the exception. According to AARP, the Tesla Model 3 loses just 5.5% of its value over the first year, dropping from $48,650 to $46,121.

Buy direct. Another point that’s unique to buying a Tesla is that you can order them online without even going to a dealership. This may be a disadvantage for those who like to visit the salesroom in person, but if you already know what you want, you can save the time. You’ll even get a brief return period if you change your mind.

High starting price. Teslas don’t come cheap, with current prices ranging from around $40,000 to $80,000 for a new car. Your options may vary depending on which features you choose, but that’s still a hefty chunk of change compared to some Tesla alternatives.

Proprietary charging network. Until 2017, Tesla offered unlimited lifetime charging on its Supercharger network for new Tesla owners. They’ve since rolled back that deal, so now you’ll have to pay to use the Supercharger network. You’ll also have to use an adapter if you want to charge your Tesla at another charging station.

No tax credit. New electric car purchases are eligible for a federal tax credit of up to $7,500. Unfortunately, there’s a limit of 200,000 credits for each automaker, and Tesla has already maxed out its quota. You’ll have to choose a Tesla alternative in order to make the most of that tax credit. 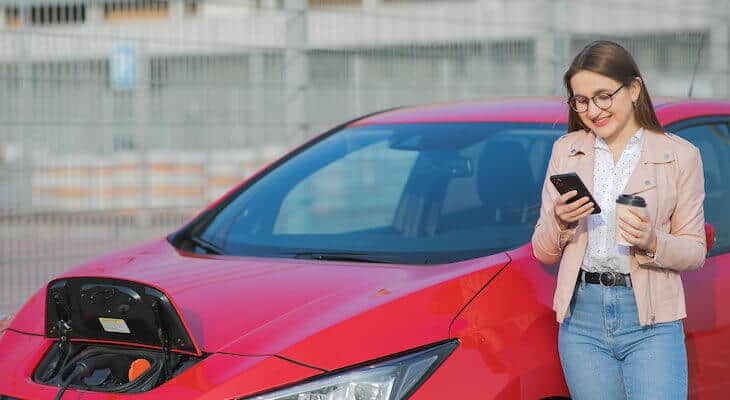 With that in mind, what are the best alternatives to Tesla? We’ve done the digging to find out how these new EVs stack up in terms of price and specs.

At just over $40,000, the Ford Mustang Mach-E SUV isn’t any cheaper than the base model Tesla Model 3, but it does come with one major selling point: It still qualifies for the federal tax credit, which could bring the sticker price down to around $35,000.

Aside from that, the Mach-E boasts a few impressive features, including a sunroof, a “frunk” (a front trunk that’s large enough to fit a cooler), and a 15.5-inch touchscreen display. You’ll also get the option to use your smartphone as a key.

In other words, the Mach-E is as stylish and futuristic as a Tesla, but it’s only half the price of the Tesla Model X and around the same price as the Model 3.

The Hyundai Kona Electric has less range than the Model 3, but still beats many other Tesla alternatives, delivering 258 miles on a full charge. It’s also at the top of the pack when it comes to DC fast charging speeds, reaching 80% in 45 minutes.

The Kona has a 7-inch touchscreen and a built-in collision avoidance warning system, making it a great choice for drivers looking for a safe and functional electric SUV.

The Hyundai Ioniq is also a good Tesla alternative to consider. It comes in several versions, including a hybrid, plug-in hybrid (PHEV), and BEV.

The all-electric Mini Cooper SE doesn’t come close to the Tesla when it comes to range — with a 32.6 kWh battery capacity, it can only drive 110 miles on a single charge.

What it does have going for it is a fast charging time (35 minutes on a DC charger, or four hours on AC power), as well as plenty of creature comforts, including synthetic leather, heated seats, and a 6.5-inch infotainment system.

As the cheapest Tesla alternative on our list, it’s worth considering if you want a zippy all-electric vehicle at a reasonable price, especially if range isn’t your primary concern.

It’s safe to say that the Chevy Bolt is Tesla’s closest competition in terms of popularity and name recognition. It also stacks up well when it comes to range, with 259 miles of range and a 66 kWh battery capacity.

One key difference is that the Tesla Model 3 is a sedan while the Chevy Bolt EV is a hatchback and is less stylishly designed than the Tesla.

The last car on our list isn’t out yet, but it’s definitely one to keep an eye on. Nissan already has one successful EV available (the Nissan LEAF), but the Ariya takes things up a notch with two battery sizes (63 or 87 kWh) and an all-wheel drive (AWD) option.

The Ariya is expected to reach 300 miles of range on a single charge and will feature Nissan’s ProPilot 2.0 semi-autonomous driving system. It will also be compatible with Apple CarPlay and Android Auto.

How to Drive a Tesla on a Budget 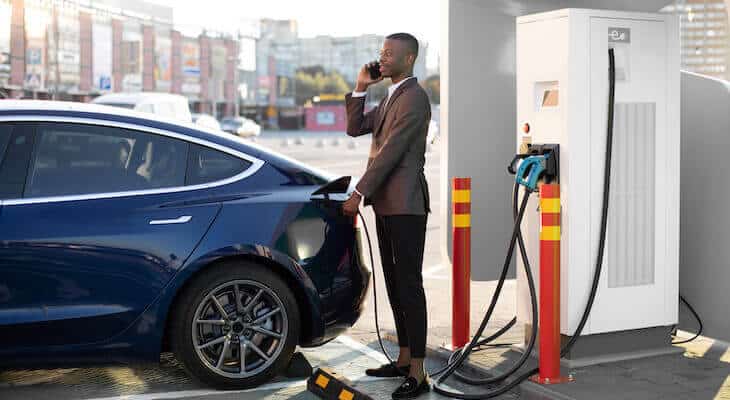 These Tesla alternatives offer plenty of options to choose from, no matter what your budget or lifestyle. If you’re still set on a Tesla, though, you aren’t entirely out of luck. There are two options to consider that can make driving a Tesla more affordable.

Leasing a car may result in lower monthly payments than taking out a loan. In fact, Tesla has a leasing calculator on its website, which can show you the estimated monthly payments for a loan vs. a lease.

If you were to buy a new Tesla Model 3, you can expect to pay $527 per month, while leasing the same car would only cost $359 per month.

While this option isn’t right for everyone, leasing a car could make it possible to get behind the wheel of a car that you otherwise couldn’t afford.

The other option is to consider buying a used EV. Since Teslas don’t depreciate as quickly as other makes and models, even used Teslas can be pricey.

But you may be able to find a good deal on a used Tesla, especially if you’re willing to purchase one that’s more than a few years old.

As long as you check the battery life and confirm the warranty, you can expect a used EV to last for many years to come.

And with Compare.com, you can easily search for and compare all of the used Teslas in your area. Just click the button below to get started.

Is a Tesla Worth It?

There’s a reason that Teslas are so popular — their range, battery capacity, and autopilot system are all top market. But they aren’t the only EV to consider, and many other automakers are introducing impressive new features and technologies.

Be sure to take these Tesla alternatives for a test drive before making any decisions. You may find yourself surprised by what they have to offer!