Everything You Need to Know About Buying a Used Tesla 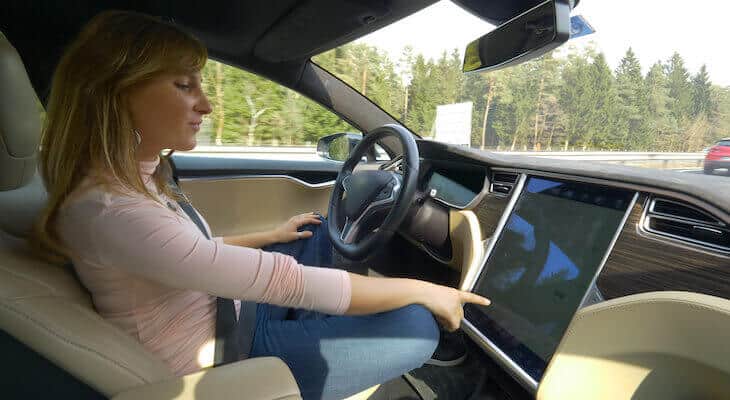 It’s hard to believe it’s been 13 years since Elon Musk‘s first Tesla electric vehicle was sold in the United States. The 2008 Tesla Roadster offered drivers an all-electric vehicle capable of speeds up to 124.9 miles per hour at the hefty price tag of $98,000.

If you’re in the market for a used vehicle and are interested in taking advantage of the lower fuel costs, easy maintenance, and style that comes with owning a Tesla electric vehicle, you’re in luck.

Over 200,000 new Teslas were sold in the United States in 2020, many of which are likely to enter the used market as leases expire and drivers opt for newer models.

Tesla remains the fastest growing automotive brand in the world. There are few electric cars available today — new or used — that offer drivers a combination of popular acclaim, advanced technology, and stylistic punch.

Whether you’re a professional looking to make their commute more efficient or a family driver in search of a more environmentally-friendly way to cater to your daily driving needs, there’s bound to be a used Tesla out there that suits your needs and budget.

Automakers are in a constant battle to make electric vehicles more efficient. Given the constant changes and rapid development of hybrid and electric vehicle technology, most EVs and plug-in hybrid vehicles don’t hold their value well over time.

Like all used cars, an EV from the 2010s is unlikely to have the range or on-board features like a used EV from later in the decade.

Tesla has remained an exception to this rule, however. This is because the brand’s forward-thinking features such as self-driving technology, touchscreen navigation, and audio with Bluetooth connectivity have been prevalent with each model year.

Unlike other automotive brands, there tends to be fewer differences between an older model Tesla and a new model Tesla. There are exceptions, of course. For example, popular features like Tesla’s Navigate on Autopilot technology that allows the vehicle to change lanes without driver intervention didn’t debut until 2019.

Nevertheless, used Tesla models appear to hold up to both the rigors of everyday driving and  frequent charging.

It takes 160,000 miles for a Tesla battery to permanently lose 10% of its total power. That means that a used Tesla battery is still at 90% of its original performance capability after 160,000 miles. If you’re in the market for a used Tesla vehicle, you don’t need to worry about the long-term health of its battery pack, as it likely has plenty of solid charging time left.

Where to Buy a Quality Used Tesla

Tesla’s Certified Pre-Owned program is the most failsafe way to purchase a used Tesla. If you’re interested in purchasing a certified pre-owned Tesla, you can get detailed information on the program online or by visiting a dealership.

Every used Tesla sold as a certified pre-owned vehicle is subject to a 145-point quality inspection that covers everything from the car’s electric powertrain to dents to upholstery damage.

In addition to any coverage remaining of the car’s original warranty, used Teslas sold by the brand itself are also covered by a used vehicle limited warranty, which provides purchasers coverage for an additional year or 10,000 miles.

However, if you’re looking for a used Tesla but don’t want to pay a premium to get a “CPO” directly from the manufacturer, you have options. Compare.com lets you browse all the pre-owned Teslas available in your area and compare your options side-by-side. Just click the button below and be well on your way to finding the used Tesla you’ve been searching for.

4 Best Used Teslas for Their Value 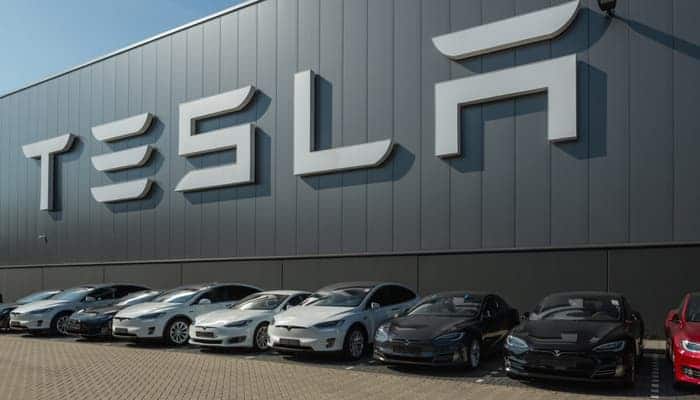 The 2016 Tesla Model X 60D is a midsize crossover that’s far more punchy than its luxurious look conveys. All-wheel drive capability is standard on the vehicle, which allows it to handle tremendously in rural environments and in inclement weather.

The ’16 Tesla Model X 60D also offers a towing capacity of 5,000 pounds, which means it’s capable of hauling a boat or camper with ease — making it ideal for summer camping trips. This particular model year Tesla X also offers 518 horsepower, meaning it’s a jackrabbit on the highway in addition to its toughness.

Given that only one year has passed since its original release date, the 2020 Tesla Model Y Long Range AWD is a terrific bargain for those in the market for a used Tesla.

Tesla’s famed compact crossover utility vehicle lacks many of the luxuries of pricer Teslas, but is no less efficient. The car offers comfortable seating for four and ample storage space, particularly with the rear seats folded. It also features the brand’s famed Autopilot technology, something you won’t find in older used Teslas.

While it lacks the all-wheel drive capability of many of its Tesla counterparts, the 2019 Tesla Model 3 Standard Range RWD is still an exceptional value for those looking for a used Tesla.

Capable of just 258 horsepower, the ’19 Model 3 also lacks the performance of other Tesla models. However, critics and drivers have praised the car’s nimble highway performance and impressive range.

2012 Tesla Model S 60s with approximately 100,000 miles on them sell for around $30K, making this particular make and model year one of the most affordable used Teslas on the market today.

The ’12 Model S offers seating for five, although some models also come with a rear facing third row which make it a great option for families. Thanks to its 0-60 mph time of less than five seconds — 4.6 to be exact — this particular used Tesla is no slouch on the highway either.

Tesla is a great used electric vehicle to consider thanks to the company’s well-maintained public charging network, many of which use Level 2 chargers for quick battery replenishment. Right now, Tesla offers drivers a network of over 25,000 chargers in the United States.

Be sure to research potential tax incentives that are available to electric vehicle buyers in your particular state. California, for example, maintains an incentive program for drivers who purchase pre-owned electric vehicles.

As with any used car purchase, make sure to test drive several different models and weigh the pros and cons of electric vehicles before making a decision to buy.