Home Ways To Save Vehicle DUI Laws By State: Who’s the Toughest on Drunk Driving?

DUI Laws By State: Who’s the Toughest on Drunk Driving? 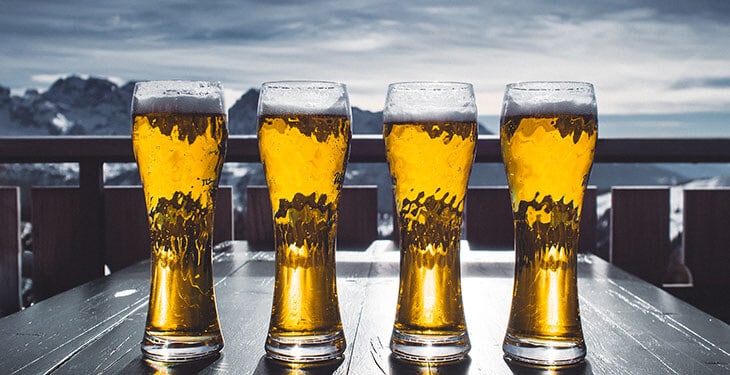 There’s one thing all states agree on: Drunk driving is bad. Other than that, however, they don’t align on much. Every state has different DUI laws governing fines, jail time, penalties and what “drunk” even means.

Which States Have the Toughest DUI Laws?

In 2017, however, Utah adopted the strictest DUI law in the nation, lowering the BAC standard to  0.05 BAC. “The drop means someone could be considered legally too drunk to drive after as little as a single strong drink, depending on their weight and tolerance,” USA Today reports. The new law is extreme by American standards, but most European countries have a similar legal definition of intoxication. The new law takes effect Dec. 30, 2018.

If you’re underage, driving with even a small amount of alcohol in your blood means you’ll be charged with a DUI. Most states define the “zero tolerance” underage BAC as .02, but some states consider any trace of alcohol to be cause for a DUI. The states with the toughest DUI laws for underage drinkers are Alaska, Arizona, Illinois, Maine, Minnesota, North Carolina, Oregon and Washington D.C.

Most states also have DUI laws that impose harsher penalties for high BAC levels — usually around twice the legal limit, or .15-.16. A few states set the cutoff as high as .20. The exception is New Jersey, which considers the enhanced-penalty BAC level to be .10. That means that as little as one extra drink can push you from just under the legal intoxication limit to over the enhanced-penalty limit, which means heavy fines, losing your license for up to a year, and possible jail time.

Which States Have the Toughest DUI Penalties?

When you’re convicted of a DUI, you may get hit with several kinds of penalties, including fines and jail time. Which states mete out the harshest DUI penalties?

Fines: If you’re convicted of a DUI, prepare to be poorer. The average first-offender DUI fine, is $347. When you add in court fees, DMV fees and other penalties, however, you can easily pay much, much more. Alaska imposes the highest minimum fine for a first offender: a hefty $1,500.

If you find yourself in the position where you need to compare SR-22 insurance quotes, we’re here to help.

Arizona DUI laws are the toughest in the nation, according to WalletHub’s analysis. It ranks highest for criminal penalties and second for prevention.

Georgia DUI laws are pretty tough, with a minimum jail sentence of 10 days (although a judge may stay or suspend that sentence) and 40 hours of community service for a first offense. California DUI laws aren’t super strict, but the fines will hit you hard. For a first offense, you’ll pay not only a $390 fine but also special DUI assessments, adding up to around $1,800.

Texas DUI laws are actually called DWI laws — if your BAC is .08 or over, you’re considered to be driving while intoxicated. There are no minimum fines for DWI, but the maximum fines are steep: up to $2,000 for a first offense and $4,000 for a second offense.

Virginia DUI laws aren’t too harsh for first offenses, but you’ll have to live with the conviction for a long time. In Virginia, all DUI-related offenses stay on your driving record for 11 years.

Learn more about drunk driving statisticss and don’t ever, ever drive drunk! Not only are you endangering yourself and others, but the legal and financial penalties are very steep.

No matter which state you live in, Compare.com can help find you a better and cheaper car insurance policy. In just minutes, you can get free quotes from multiple insurers, so you can compare policies and choose the best one for you. Try it now!