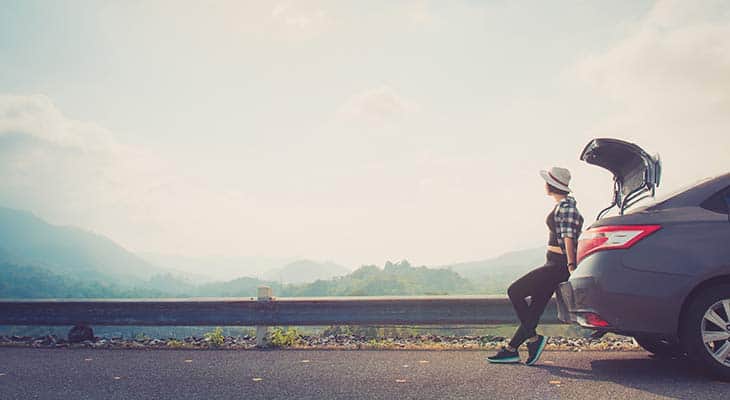 That’s because every car insurance company has its own secret algorithms for calculating the risk, and the cost, to insure you. Sometimes, these algorithms don’t seem fair. But it helps to know which factors affect car insurance rates the most, and what you can do to get the best deal on a policy.

11 Factors That Affect Your Car Insurance

Find out what variables will increase or decrease your auto insurance rates. Below we have put together a list of 11 factors that may affect your insurance quote prices.

This is a big one. If you have a history of traffic violations or driving-related offenses, insurance companies assume you’re a higher-risk driver, and so they’ll raise your rates. How much does driving history affect car insurance rates? That depends on the insurer, the seriousness of the offense, and the state you live in. For example, North Carolina car insurance premiums increase by 30 percent for three years after a minor accident or minor speeding violation.

What can you change to lower your rates? Time is your friend. If you’re approaching the three-year mark since your last speeding ticket or traffic conviction, you should run an auto insurance quote comparison to see how much lower your rates can be. Taking a defensive driving class may also lower your rates. One thing you shouldn’t do is lie about your driving history when you’re entering your information. Before any insurance company writes you a policy, they’re going to run your MVR (motor vehicle report), which will show any incidents on your driving record.

The practice of using your credit history to set auto insurance rates is common, although controversial. In some states, having bad credit will jack up your insurance rates by thousands of dollars more than a DUI will. Even if you have credit that’s considered “good,” you’ll pay $214 more per year, on average, than drivers with perfect credit. Three states — California, Hawaii, and Massachusetts — prohibit insurers from considering credit.

How can I lower my credit score to get better rates? Follow Consumer Reports’ recommendations for polishing your credit in insurers’ eyes. (Avoid getting retailer and department store credit cards, for instance.) You can ask your insurance company for an “extraordinary life circumstances exception,” if your credit was damaged by a crisis out of your control, but that’s a long shot. Make sure to also check out our article on how to find cheap insurance with bad credit.

In many states, insurers consider your level of education and your job when setting insurance premiums. Professionals such as teachers, engineers, accountants, and dentists may pay less; people with jobs that don’t require a degree, such as daycare employees and stock clerks, may pay more.

What can you do to lower your rates? You could always pursue a degree or a new occupation… but if that’s not in the cards, that’s OK. Just don’t lie about your profession when you’re getting insurance quotes — if your insurer discovers the deception, that could be considered fraud.

4. Length of Time with Current Insurer

Having a lapse in insurance — a gap in coverage of any length, from a few days to a few years — can raise your car insurance rates. Insurers like to see that you’ve been continuously insured, without jumping to a new company every six months. If, however, you’ve been with your insurance company for a decade, your rates may have crept up over time because of a sneaky policy called price optimization.

What can I do to lower my rates? Stay insured, but compare car insurance quotes every year or so to make sure your current company isn’t charging too much.

Insurance companies want to know how many miles you drive in an average day/year and how you use your car: for commuting, pleasure or both.

In terms of driving, what can I do to get a better insurance price? If you’re a low-mileage driver (less than 10,000 miles per year), you may opt for cheap pay-per-mile insurance. Or, you can sign up for a telematics program, which lets insurers track your daily driving habits in exchange for discounts.

Is moving my only option to reduce my rates? Besides moving, there’s not much you can do. Don’t lie about where your car is kept — that’s insurance fraud, and can land you in a lot of trouble.

Insurance companies don’t like paying claims. So, if you’ve recently filed one or more claims for at-fault accidents, you’re probably going to pay higher rates in the future. Claims related to accidents in which you weren’t at fault should not change your rates.

What about comprehensive claims — those involving damage to your car caused by things like fire, flooding, falling trees or animal collisions? Comprehensive claims shouldn’t affect car insurance rates, unless you make several such claims or if the claim amount is substantial.

What can I do to lower my rates? Not much. If you damage your own car in a single-car accident, you may want to weigh the benefits of filing a claim against the likelihood of increased rates.

The car you drive has a major effect on car insurance rates. Newer cars have better safety features, but their higher value and increased cost to repair can sharply boost the cost to insure them.

What cars have a lower insurance premium? In general, SUVs (not the enormous ones), sedans and minivans are less expensive to insure. Don’t forget to mention any anti-theft devices when you’re comparing quotes. If you drive an older car that’s not worth much, consider dropping collision and comprehensive coverage to save money.

Car insurance rates typically go down when you get married — sometimes by a lot! “Two 30-somethings who combined their car insurance policies after marriage would save an average of $525 per year on the merged policy,” Consumer Reports found. 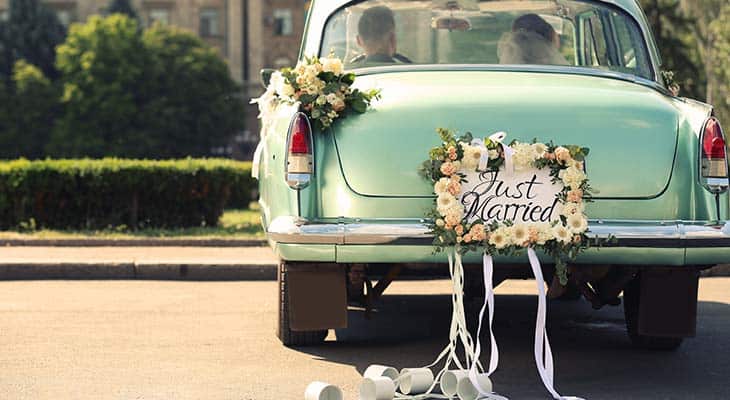 So getting married will lower my auto insurance bill? We don’t recommend getting hitched just because you want to save money on your insurance. But if you’re getting married, don’t forget to compare quotes for a combined policy.

Rates are almost always higher for drivers under 25, and they’re especially high for single males under 25. As you get older, your rates should go down. They’ll creep up again when you turn 65 or 70.

What can I do about my age? If you’re a young driver or a senior driver, taking a defensive driving course can help lower insurance rates. If you’re a student and you have a decent GPA, you may be eligible for a good-student discount.

Car insurance rates are typically higher for male drivers, and for good reason. According to the Insurance Institute for Highway Safety, men typically drive more miles than women, engage more often in risky driving practices, and cause more serious crashes. The disparity between auto insurance rates for men and women is greatest when they’re under 25.

Not much I can do here, right? Compare car insurance quotes! The Consumer Federation of America found that the effect of gender on insurance rates varied widely by company and geographical area. Sometimes, women with perfect driving records were quoted $100 more than men. That’s why you shouldn’t buy insurance until you’ve looked at multiple quotes side by side.