Home Ways To Save Gig Economy Amazon Mechanical Turk: How to Make Money as a Turker

Amazon Mechanical Turk: How to Make Money as a Turker 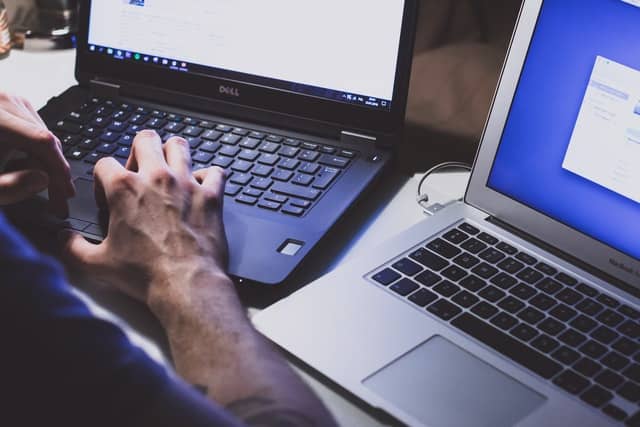 Amazon introduced Mechanical Turk – a “crowdsourcing” platform that connects businesses with workers – in 2005. It was first created with the mindset that while computers are amazing at tasks that exclusively use logic, there are plenty of other jobs they aren’t yet capable of doing. Mechanical Turk (often called just Mturk) is designed to fill in that gap – to complete work that can easily be done by humans but can’t be completed by computers.

MTurk has proven to be very popular with businesses since it was first introduced over 15 years ago and has become a major player in today’s gig economy. Employers post “Human Intelligence Tasks” (known as HITs), which could be anything from identifying objects in a video, to fixing duplicates in a catalog, or even answering surveys. Tasks are typically small and pay anywhere from a penny to a few dollars per job.

Since it’s only a small portion of their total business, Amazon doesn’t release its Mechanical Turk numbers publicly. But a computer scientist tried analyzing the platform’s activity and estimated there were between 100,000 and 200,000 total workers on the platform. Turnover is high at 50% over a 12-18-month period.

Requirements to work for Mechanical Turk

Mechanical Turk has almost open admissions. Currently, applicants from 49 countries are accepted. You must be at least 18 years old and the vast majority of jobs require the use of English.

Amazon sometimes approves Mechanical Turk applicants in batches, so you might end up waiting a few weeks or even months before you are accepted.

Access to the internet and a computing device is vital. To be the most productive, a personal computer is recommended. You’ll be very limited if you only have a tablet or smartphone.

How to get started as a Mechanical Turk worker

To sign up for Mturk, go to https://www.mturk.com/ and click on “Get Started with Amazon Mechanical Turk.” The next page will ask for your name, country of residence, email address, and password. You will also be asked to sign an agreement through your browser.

Approval times sometimes take several weeks to several months. Amazon will email you when you are accepted. Once you are approved, you will be able to login to the site and start working.

What to expect on MTurk

Tasks can vary tremendously. You could be classifying images, collecting emails on websites, transcribing podcasts, or summarizing articles. It’s a good idea to try each of them out and see which ones you prefer.

The vast majority are highly repetitive in nature. Some of them pay only a penny per task completed.

Beware – some workers complain that Amazon doesn’t police the employers very well and some jobs have suspiciously high rejection rates. If your work is rejected, you don’t get paid.

It is highly recommended that you download some user-created plugins (detailed below) to assist you in selecting jobs. Remember, Mechanical Turk accepts users globally. Some jobs only make financial sense if you’re in a country with a low cost-of-living.

Some of the higher-paying jobs are exclusively for the US and other developed countries, and familiarity with the plugins will help you find them.

How do you get paid?

Amazon pays every three days. Payments can be sent either to your Amazon gift card balance or checking account.

Mechanical Turk and the recommended plugins don’t require a cutting-edge computer or blazing-fast internet connection. As long as your computer can run Chrome or Firefox quickly, you’ll be fine.

Be sure that your workspace is set up properly. Ideally, to separate your home life from work, it’ll be in a quiet room away from any distractions. Noise from a nearby television or a loud family member may distract you and could hurt your earnings.

Make sure you have a comfortable chair, in which you can hold a healthy posture for long periods. Some people will benefit from wrist pads.

How much can you make on Mechanical Turk?

Over the years, Amazon has received a lot of bad press from major publications (including the New York Times and the Atlantic) for its Mechanical Turk service. When total payment is divided by hours worked, usually it’s significantly below the federal minimum wage of $7.25/hour.

On the other hand, some users have made a great side hustle out of the platform. Mike Naab detailed his experience in his book “Side Hustle From Home: How To Make Money Online With Amazon Mechanical Turk.” Mike has made over $45,000 over five years working while also working a 9-5 job.

That being said, Mechanical Turk is probably not the best way to replace a full-time regular income. However, due to the nature of the work, it can still make a good side hustle or a way to help pay extra bills, depending on your situation.

When I was using Mechanical Turk, I averaged around $5/hour. It was a fun experiment, but I found it draining to spend hours at the computer, doing mindless tasks. I could only do tasks for an hour or two before I felt my brain was fried. However, your mileage may vary.

How to make the most money with Mechanical Turk

Be aware of your hourly rate – A task might only take you ten seconds, but if it only pays a penny, you’re at less than a $4 hourly rate. You might end up earning more with a lengthier task with a higher payout.

Read the requirements of each task– Rejected work not only means not getting paid but also hurts your statistics and might disqualify you from future work.

Complete qualification Tasks – Not only do they often pay a better rate but if you are selected, they can unlock high-paying tasks. For example, a qualification about your fitness habits might open up some additional surveys to be completed

Don’t give out personal info – There are scams everywhere on the web and unfortunately Mechanical Turk is no exception. Be hesitant about giving out your name, address, or any other sensitive information.

There are lively forums for Mechanical Turkers on the web. The most popular include HITs Worth Looking For on Reddit, MTurkForum, and MTurk crowd.

In order to get a leg up on MTurk, consider checking out and installing some of the below plugins. They could make or break your experience with the platform.

Turkopticon – This site allows Mechanical Turk users to rate employers. This is very important, as Amazon doesn’t moderate the job pool very well. Businesses are rated for communication, fairness, generosity, and promptness. Some tasks just pay horribly or have low approval rates and should simply be avoided.

Mmmturkeybacon – This plugin lets you estimate earnings for the day. This is handy if you’re looking to meet a budget.

Turkmaster – as of this writing, there are thousands of tasks available to work on. This browser extension allows you to sort according to criteria such as pay. This way you avoid wasting time looking for high paying tasks.