Home Ways To Save Vehicle Sleep in your Car Guide If you spend enough time in your car, it begins to feel like a second home. Start sleeping in your car, and it becomes your only home.

Why sleep in your car? People do it on road trips to save the cost of hotel rooms. They do it for longer stints to save money on rent. Or if they are feeling too tired to drive. But many sleeping-in-car experts discover deeper benefits as well. They find freedom in having few possessions. They get up with the sun and go to bed early.

Sleeping in your car’s not always comfortable or convenient, but it is doable. Wondering how to sleep in your car? Let’s tackle one question first…

Is It Illegal to Sleep In Your Car? 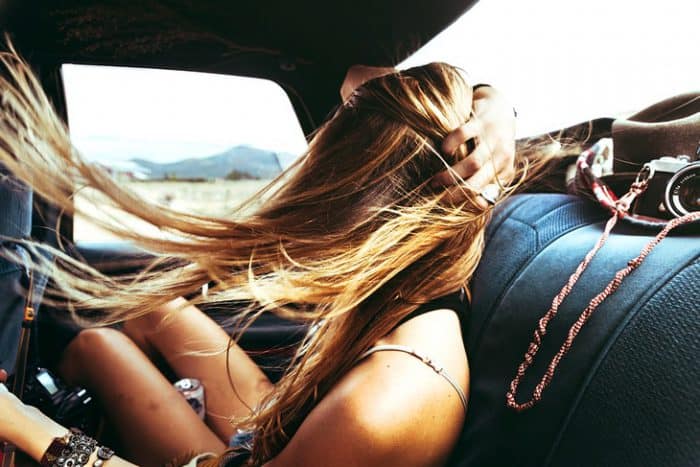 In Los Angeles, for instance, it was illegal to sleep in your car until 2014. A federal court struck down the 31-year-old law, saying it discriminated against people who were poor or homeless. The practice is also legal in other high-rent cities like New York City and San Francisco (during specified hours).  Several states allow overnight parking at rest stops, but the majority do not.

Luckily, according to Lawyers Plus, it is still generally acceptable to sleep in your car if you’re not actively driving, trespassing or inebriated (you could be charged with DUI even if you’re sleeping and the car is parked).

Is it safe to sleep in a car?

Most criminals probably aren’t going to target someone sleeping in a car. Nevertheless, you may feel vulnerable. Sleeping-in-car veterans suggest two ways to protect yourself. One is camouflage: tinted windows, blankets or tarps, and even piling up possessions around yourself. The other is choosing a safe location. Don’t pull off into the farthest corner of a deserted rest stop, or park on the side of a road. Instead, the Travel Dudes advise, find a spot in the lot outside a Walmart or other large store, in a church parking lot, or in a nice residential neighborhood where there are many other cars parked on the street.

There are some hidden dangers to sleeping in your car. Maria Fernandes, a 32-year-old New Jersey woman, worked three separate jobs at three Dunkin’ Donuts, slept in her Kia Sportage between shifts. One night in 2014, the New York Times reported, a gas container in the back tipped over, filling the car with fumes that killed Fernandes in her sleep. Sleeping in your car with the engine running can also cause the car to fill with deadly carbon monoxide. 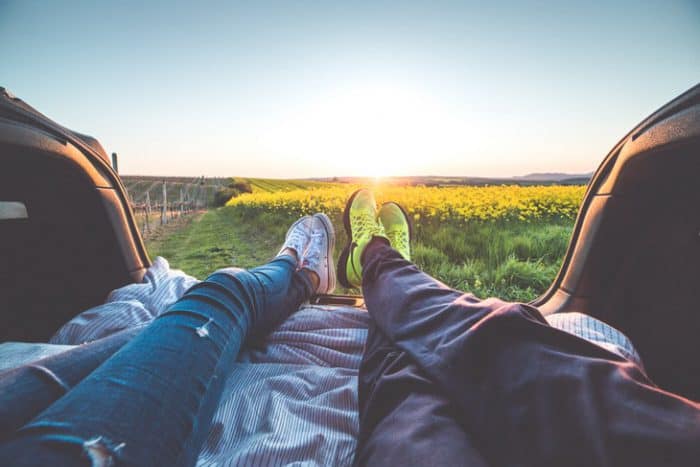 First, figure out where you’ll fit. Instead of trying to get comfortable in a reclined front seat or too-narrow back seat, try flipping down the rear seats and sleeping with most of your body in the trunk. You may even be able to fit an air mattress length ways in the car. It’s important to crack the windows or sunroof for ventilation.

Larger vehicles make for a more comfortable night’s sleep, but you don’t need a mammoth SUV or a full-size van. One man interviewed by Business Insider says he sleeps in a tiny Honda Fit on the streets of New York. (The Fit, small as it is, has a surprising amount of cargo space when the rear seats are folded.) He uses the gym to shower and store clothes, and he advises getting two essentials: extra batteries for your cell phone and a long car charging cable.

Some people turn their cars into tiny homes. One Los Angeles man who famously spent 500 days secretly living in his office then moved into his pickup truck, where under his camper shell he installed a memory-foam mattress, a small bookshelf, a mini-fridge and a butane stove.  Other possessions, like clothing and a bicycle, are kept in a storage unit. “This lifestyle has its merits,” he writes, “but it has its flaws, too. Sanitation, food storage, safety. No high-speed Internet. You know, the essentials.”

You don’t have to sleep in your car to save money, and finding the cheapest car insurance rates shouldn’t exhaust you. Here’s a better way: shop around for auto insurance quotes on compare.com. It’s fast, it’s free and it won’t leave you with a crick in your neck.