What is No-Fault Insurance? The concept of “no-fault insurance” seems pretty basic. It means that in a car crash, it doesn’t matter who’s at fault, right? Whether I hit you or you hit me, insurance treats it the same and nobody gets sued.

That’s what many drivers think… but that’s not true. The no-fault law is more complicated than that, and it’s very possible that you could be sued — and held liable — for a car accident you cause. Here, we’ll take a closer look at how no-fault insurance works and how to make sure you’re protected.

If you just came here to save some money, you can go ahead and start getting quotes for cheap car insurance on Compare.com.

What does the Florida no fault law say?

Let’s look at Florida as an example of a no-fault state. Florida’s no-fault law requires every driver to carry $10,000 in Personal Injury Protection (PIP) insurance, which covers your medical bills and lost wages after a crash, regardless of who’s at fault. Basically, you’re covered by your own PIP in multiple scenarios: if you’re the driver in a crash, if you’re a passenger in a crash, or even if you’re injured in a collision with a vehicle while you’re walking or biking. Your PIP also may cover your child, members of your household and passengers who don’t have their own PIP insurance.

Why does Florida have a no-fault law? Well, the intention of the law was to get injured drivers help more quickly while discouraging lawsuits. The reality, sadly, is that “Florida leads the nation in staged crashes and questionable claims,” according to the governor’s office.

There are some major limits and exceptions to this no-fault policy. You can still sue another driver if a) you suffer a permanent injury or b) you end up with medical bills and lost wages that exceed your PIP insurance coverage.

Let’s look at some hypothetical scenarios.

Scenario 1: You Suffer Minor Injuries in a Car Accident

At a four-way stop, you scan the intersection, see it’s clear, and then hit the gas at the same time as the person to your left does. He hits the driver’s side of your SUV. Fortunately, you can walk away from the accident; unfortunately, you sustain an injury to your shoulder joint. The injury requires three weeks’ medical leave from your job and three more weeks of physical therapy. 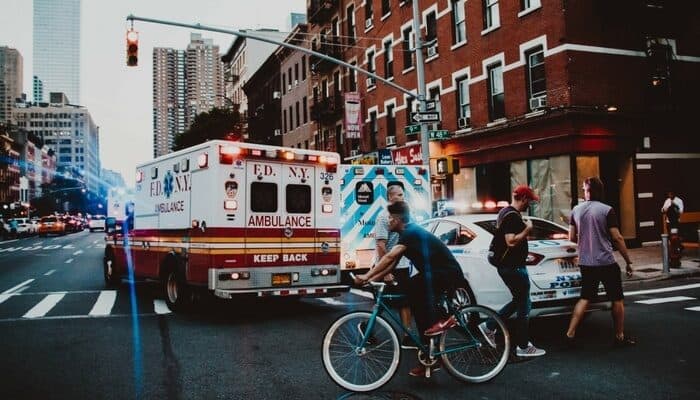 If you live in a no-fault state, you file a claim with your own PIP insurance provider. In Florida, PIP coverage pays for 80 percent of medical bills; 60 percent of lost wages; and $5,000 in death benefits. But you’ll have to pay the deductible, and the maximum you can receive for your medical bills is $2,500 in a scenario like this one, because your injury doesn’t count as an “emergency medical condition.” Also, you must seek medical treatment within 14 days of the accident, or your expenses won’t be covered by PIP.

Because of the limits on your PIP policy, you end up losing $2,000 in out-of-pocket medical expenses and lost wages. That stings. Can you sue the other driver? No, because your lost wages/medical bills don’t exceed the $10,000 PIP limit. If you have medical payments (MedPay) insurance, however, that can make up the difference.

Scenario 2: You Cause an Accident with Significant Injuries

Your phone dings, you glance down, and wham, you slam into the back of a minivan that stopped to take a left turn. You’re fine, but unfortunately the other driver sustains a serious neck injury from the crash and is whisked away to the hospital.

The other driver’s PIP insurance isn’t enough to cover his medical bills and lost wages, so he ends up suing you for the difference. Your PIP won’t cover his claim, but your bodily injury liability can, if you carry it. If you don’t have it, and you’re found liable, you may have to pay for the other driver’s expenses yourself.

Scenario 3: You’re in an Accident that Leaves You with Permanent Injuries

You’re driving home on I-75 when a sleep-deprived trucker swerves into your lane and hits you, sending your Jeep rolling down the embankment. Fortunately, you were buckled in, but in that rollover crash you suffer a head injury and a lower back injury. For months after the crash, you’re left with blinding migraines and severe lower back pain. Your doctor tells you these problems might be permanent.

“In Florida car crash cases, the most hotly disputed issue is undoubtedly the issue of permanency – or more plainly, did the claimant suffer a permanent injury within a reasonable degree of medical probability,” explains attorney Kim Michael Cullen. Why is that? Florida’s no-fault law says you can only sue for damages related to pain, suffering, mental anguish, and inconvenience if your injury is permanent. So if you suffer significant and permanent scarring, disfigurement, injury or the loss of an important bodily function, you can sue for recompense.

In this scenario, if doctors and the court deem your injuries to be permanent, you could potentially sue the negligent driver for your pain and suffering. If your injuries are not considered permanent, you’re limited to suing for your out-of-pocket medical expenses (including future bills), lost wages after the accident and, if applicable, the loss of your ability to earn money in the future.

How Do I Get Cheap No-fault Auto Insurance?

When you’re comparing auto insurance quotes, you’ll need to balance two things: price and protection. Florida is already one of the most expensive states for car insurance, so you don’t want to pay more than you have to; but, as we saw in the scenarios above, it’s really important to have adequate coverage.

This is where we can help. When you compare auto insurance quotes side by side, you can adjust your coverage levels to see how much more or less you’ll pay for added protection, such as uninsured motorist bodily injury and comprehensive/collision insurance. To make a policy cheaper, try increasing your deductible or dropping extras like rental car and towing coverage.

Ready to see how much you can save? Compare Florida car insurance options and get multiple quotes for your vehicle. Start now.