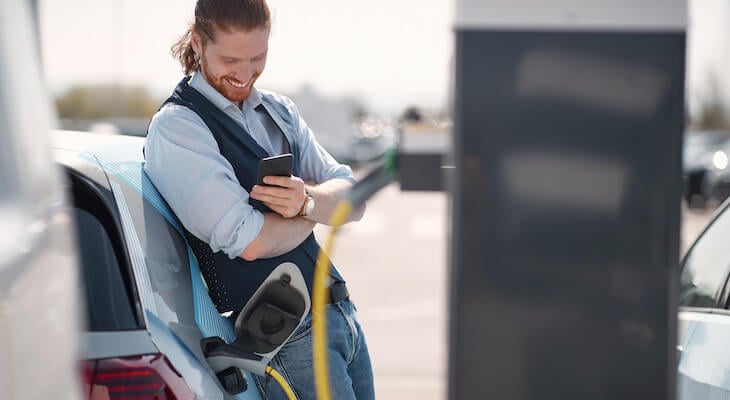 Hybrid vehicles have come a long way since the first Toyota Prius hit the road in Japan in the late 1990s. Although all hybrid cars use the same basic technology — a lithium-ion battery pack, electric motor, and regenerative braking — they differ widely when it comes to range, safety features, and charging speeds.

Depending on your driving habits, you may be better off with a conventional hybrid or a plug-in hybrid (PHEV), but both offer benefits over conventional gas cars.

Find the Best Hybrids & EVs in Your Area

What to Know About 2022 Hybrid Vehicles

There are two main types of hybrids: conventional hybrids, which use the battery pack to supplement the gas engine, and plug-in hybrids, which can be plugged into a wall outlet to recharge, resulting in even fewer emissions and higher fuel efficiency.

Both types have a gas tank, so you never have to worry about getting stuck somewhere with a low battery, the way you might with other types of electric cars.

But if you’re new to electric vehicles and don’t want to install a home charging station, a conventional hybrid that doesn’t need to be plugged in may be a better fit.

With that in mind, here are our picks for the best hybrid vehicles of 2022, including both conventional and plug-in options:

Conventional hybrids are the most affordable of the bunch, with prices that are in the same range as typical gas-powered cars. They aren’t as fuel-efficient as PHEVs, but they still offer great mileage ratings for both city and highway driving.

Note: When it comes to hybrids, the EPA measures fuel economy in miles per gallon of fuel equivalent [MPGe] to account for battery power. 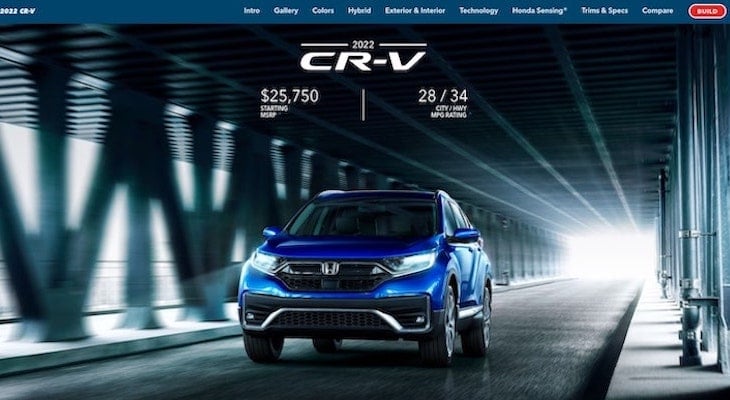 The hybrid version of Honda’s CR-V offers an energy-efficient boost to the conventional gas version, raising its mileage rating from 28 to 40 mpg for city driving. It comes with an electric motor and e-CVT transmission with ECON, Sport, and EV drive modes.

As a crossover hybrid SUV, the CR-V has plenty of room for the whole family, with driver assist and safety features to keep you safe on the road. 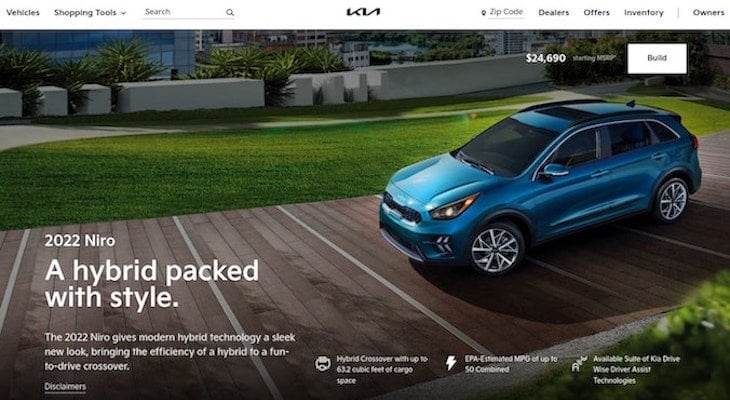 The Kia Niro is available as a standard hybrid and as a PHEV (as is Kia’s midsize SUV, the Kia Sorento). The Niro’s base model has 63.2 cubic feet of cargo space and gets an EPA-estimated 50 MPGe. It also has several high-tech driver assist features, such as a voice-controlled navigation system, and an 8-inch touchscreen display. 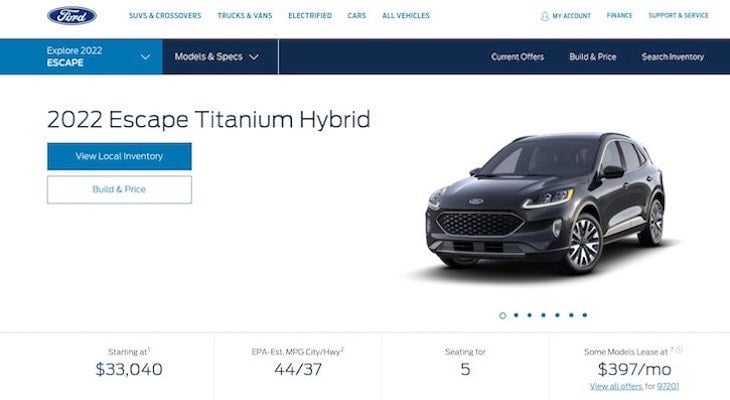 The Ford Escape Hybrid was one of the first compact SUVs with a hybrid powertrain. The 2022 model doesn’t reinvent the wheel, but now it’s available as both a standard and plug-in hybrid, giving you multiple trim options at multiple price points.

The Escape SE Hybrid is the most affordable, with a starting price of $28,495, while the Titanium trim offers extra features like a hands-free liftgate. 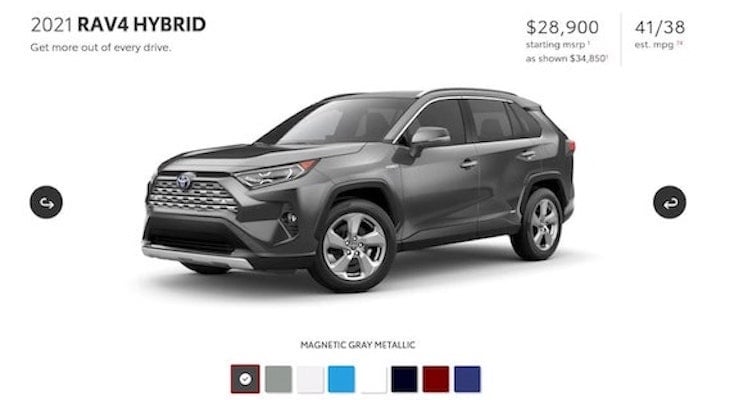 Toyota is one of the most prolific makers of hybrid vehicles on the planet, with nearly all of their top models available as a hybrid in some form, including the Highlander, Camry, and Corolla. The RAV4 Hybrid is one of the standouts, with a 219-horsepower electric motor and an on-demand all-wheel-drive (AWD) system.

If you want to be able to charge your EV at home, spring for the Toyota RAV4 Prime, which costs more but is even more fuel efficient with a combined 94 MPGe. 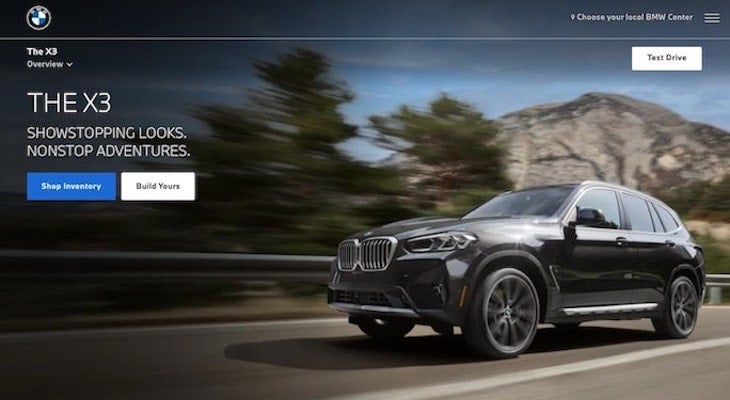 BMW is gradually expanding its EV range, and the BMW X3 is a great introduction to the lineup. It’s what’s known as a “mild hybrid,” which means the battery pack supplements the internal combustion engine without sacrificing horsepower.

You’ll get comfortable interior stylings, as well as a 10.3-inch infotainment screen with a USB port, Bluetooth connection, and even a Wi-Fi hotspot.

These days, more and more automakers are giving you the option to plug in — which is great for reducing your emissions and saving money on gas. These models cost more, but are also eligible for a federal income tax credit and other incentives.

Some automakers will even cover the cost of a home charging station, so factor that in when deciding whether or not a PHEV is worth your while. 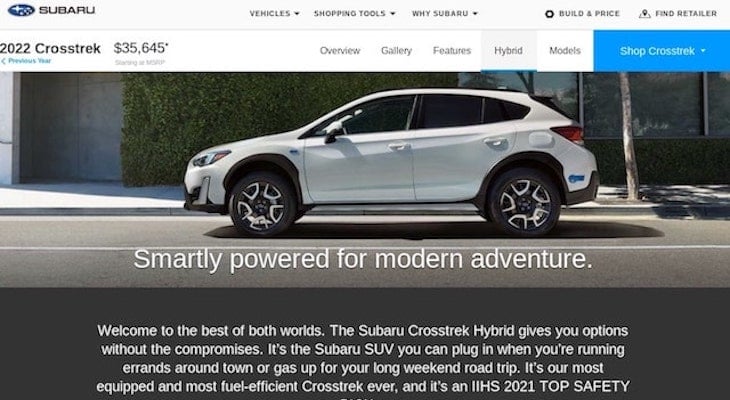 The Insurance Institute for Highway Safety (IIHS) chose the Subaru Crosstrek Hybrid as a Top Safety Pick+, making this one of the safest electric cars for families. It has up to 17 miles of all-electric range and 480 miles of total driving range.

The interior features an 8-inch infotainment touchscreen with voice-powered navigation and EyeSight driver assist tools such as Pre-Collision Braking. 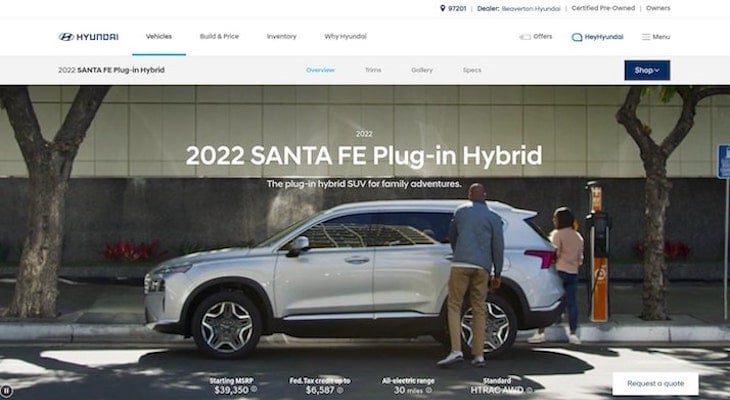 The Hyundai SANTA FE has an all-electric range of 30 miles and an MPGe of 76, making it a fuel-efficient SUV for city and highway driving. It has a $39,350 price tag, but is eligible for a $6,587 tax credit, which may offset the purchase price for some drivers.

This isn’t the only hybrid in Hyundai’s line-up, though: Both the Hyundai IONIQ Hybrid and Hyundai TUCSON Hybrid offer similar features at a lower price point. 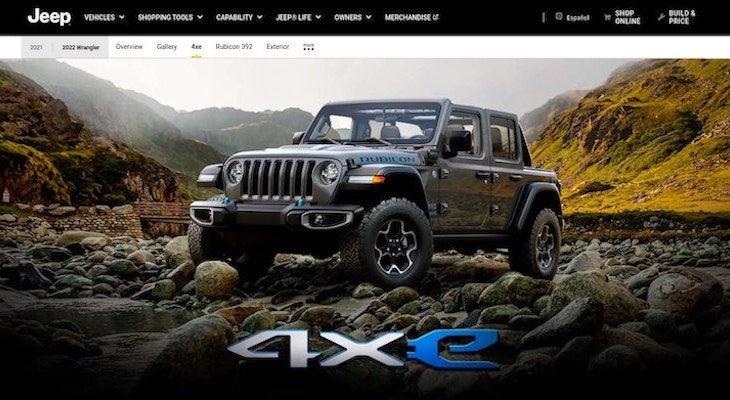 If you’re looking for a PHEV you can take off-road, the Jeep Wrangler Rubicon 4xe may be your go-to hybrid model. It gets 22 miles of range on all-electric power, and up to 370 miles of range overall. The hybrid drivetrain can produce up to 375 horsepower, with a towing capacity of up to 3,500 pounds.

Plus, Jeep claims to be building solar-powered charging stations in popular off-road areas, so you won’t even have to come back to the city to recharge. 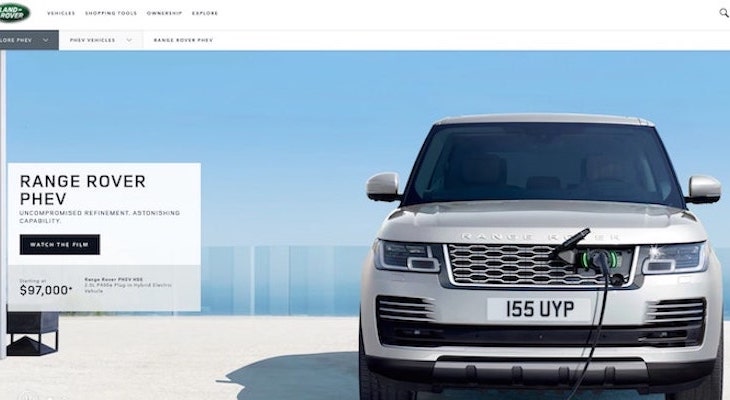 The Range Rover PHEV is one of the few luxury SUVs available as a plug-in hybrid. In addition to 19 miles of all-electric range, you’ll get an intelligent routing system that can help you plan your trip to ensure there are enough charging stations along the way.

Land Rover is planning to introduce an all-electric SUV in the near future, but for now, the Range Rover PHEV is your best bet for a luxury EV you can take off-road. It has a towing capacity of over 5,000 pounds, and can ford water to a depth of 35.4 inches. 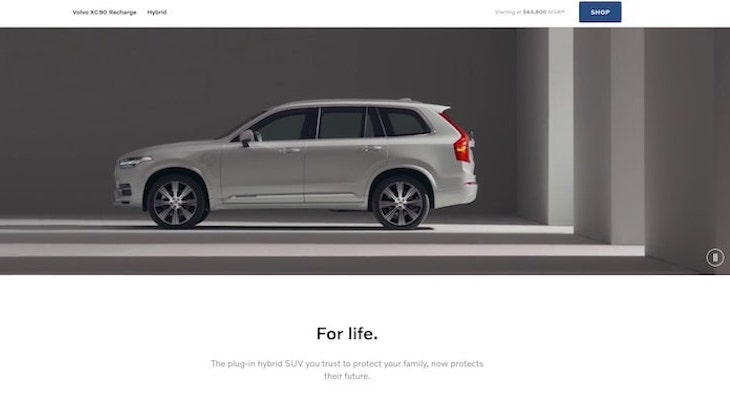 The Volvo XC90 is a midsize SUV that can seat up to seven passengers. The Recharge is the plug-in version, but it’s also available in a standard hybrid variant. You’ll get up to 18 miles of all-electric range and a powerful AWD drivetrain.

Where to Find the Best Hybrid Cars of 2022 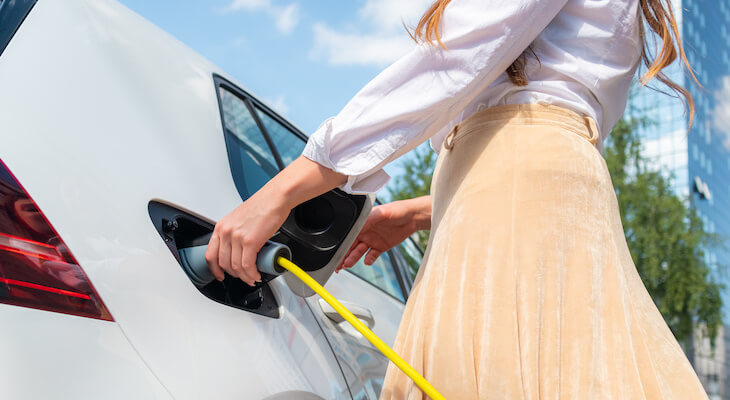 All of these 2022 hybrid vehicles are more fuel-efficient than gas cars, so you’ll spend less money on gas and won’t need to fill up the gas tank as often. However, only cars that can be plugged in are eligible for the electric car tax credit, so keep that in mind when deciding between a conventional and plug-in hybrid vehicle.

You may also want to consider buying a used electric car instead of a new car. As long as you check the battery health and vehicle history, you can expect your used hybrid to last just as long as a gas car but require less maintenance.

Use this tool to find great deals on used hybrid cars near you, or check out this list of the best plug-in hybrids ranked by affordability.

Compare Hybrids & EVs Near You