Cheapest Cars to Maintain in 2021: EVs and Hybrids 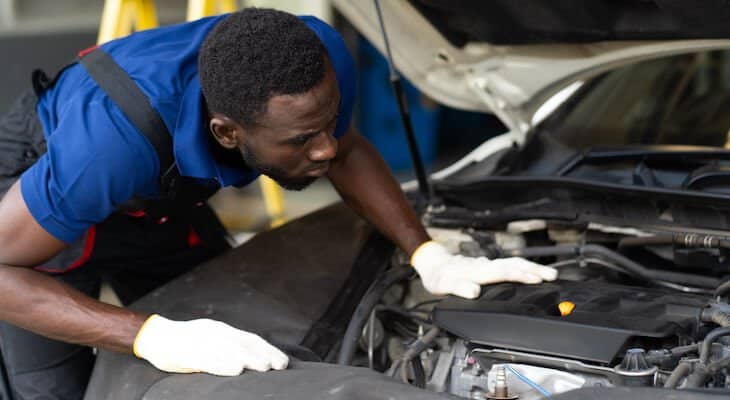 It’s no secret electric vehicles help save on fuel costs. Whether you’re in the market for an all-electric compact sedan or a midsize hybrid SUV, each are cost-effective options compared to vehicles powered by gas-burning internal combustion engines (ICEs).

The number of electric vehicles on the roads worldwide is expected to reach 145 million by 2030, compared to just 10 million in 2021.

But EVs and hybrids don’t just help you save money at the pump. Electric vehicles are also consistently more affordable when it comes to annual maintenance costs, as this chart utilizing data from the American Automobile Association (AAA) illustrates.

Read on to learn the different ways EVs can be more affordable to maintain, and to see a list of the all-electric and hybrid vehicles that are among the most reliable cars on the market in 2021 in terms of 5-Year Cost to Own data.

The batteries and engines in all-electric vehicles don’t require regular maintenance. These vehicles don’t utilize the variety of automotive fluids that require frequent replenishing in ICEs. That means no oil changes, transmission fluid flushes, or coolants.

While all-electric and hybrid vehicles may have a higher starting price than ICE vehicles, their reduced service costs over time can drastically reduce their overall cost of ownership.

5-Year Cost to Own Explained

5-Year Cost to Own is a standardized metric used in the automotive industry to determine the total amount of vehicle-related costs drivers will incur during the first five years of owning a vehicle.

If you’re in the market for a new car and would like to save on car maintenance, consider these 10 hybrid and all-electric vehicles.

This is the estimated total of all out-of-pocket expenses, including:

The 5-Year Cost to Own metric also includes vehicle depreciation, or the difference between the initial cost of the vehicle and what it’s worth after five years of ownership.

Note: The sample data in this article is based on costs in Vermont. 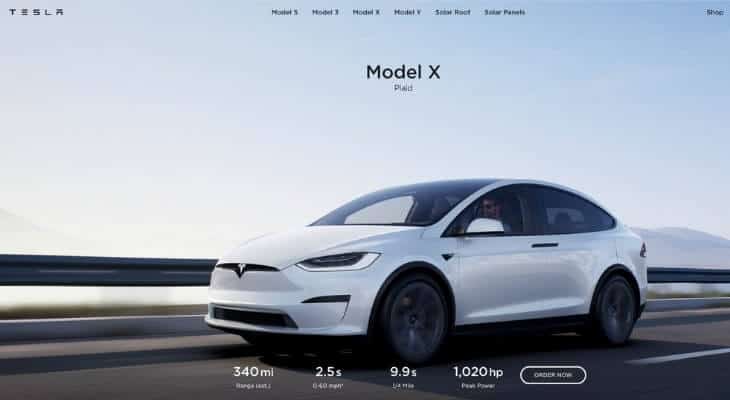 As in the case with all luxury cars, Tesla’s mid-size all-electric crossover SUV has a high 5-Year Cost to Own mark due to increased insurance premiums based on its high initial cost.

Tesla’s recommended maintenance schedule includes a replacement of brake fluid and cabin filters every two years. In terms of depreciation, the Tesla Model X is expected to lose 44% of its original value after five years. 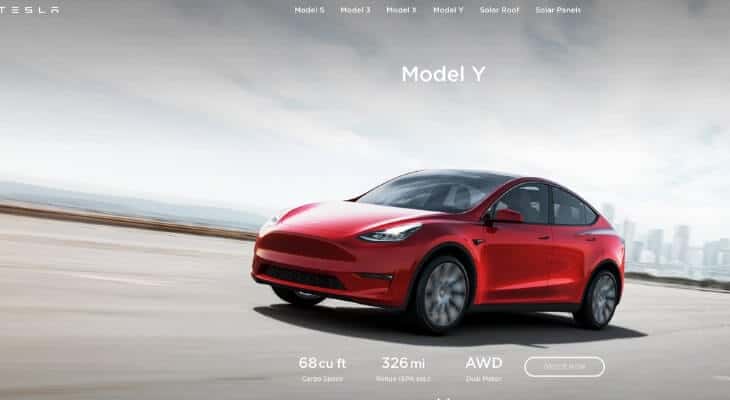 The Tesla Model Y, the brand’s all-electric “crossover utility vehicle” is a compact crossover SUV that comes standard with a rear-wheel drive configuration, although all-wheel drive models are available.

The Model Y’s lower base price goes a long way to reducing its 5-Year Cost to Own value, although its depreciation is considerably higher than its class counterparts. The Tesla Model Y depreciates in value by $27,667, or 67% after five years of ownership. 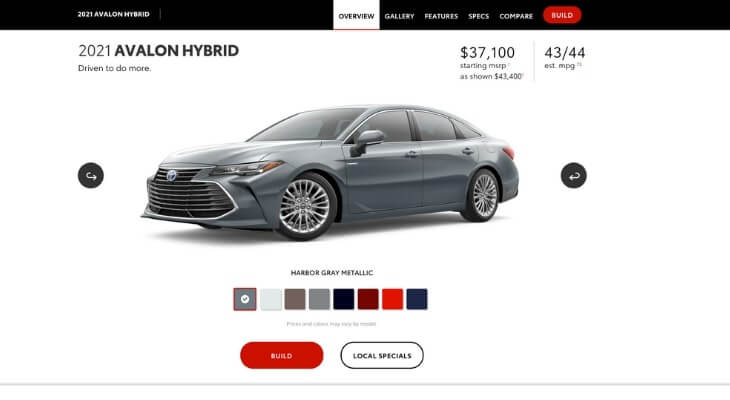 The Toyota Avalon Hybrid is an attractive vehicle for those looking for an affordable entry price into the hybrid automotive market. However, its low starting price will lead to quicker depreciation.

In addition, many professionals and drivers with families are moving away from full-size sedans and toward SUVs and crossovers with more cargo space and all-wheel drive capability. The Toyota Avalon Hybrid is expected to depreciate $20,703 after five years of ownership. 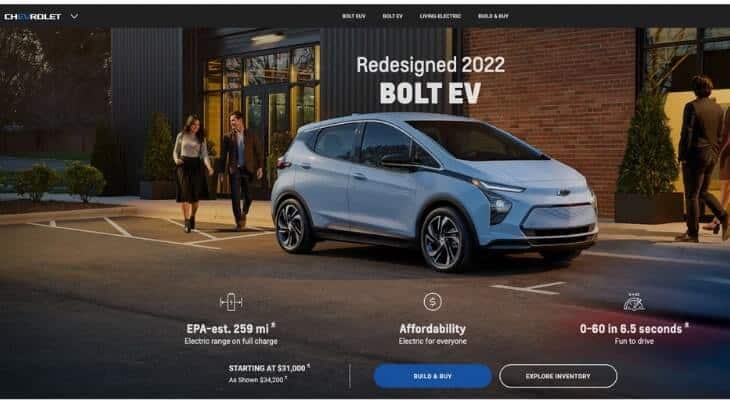 With sporty looks and punchy acceleration, the Chevrolet Bolt EV has taken the contemporary leap in design and performance that competitors like the Nissan LEAF refuse to. While the Chevrolet Bolt’s initial price point is a bit high for a compact car, critics continually praise its interior layout and array of on-board tech features.

The Chevrolet Bolt remains a no-frills vehicle with a terrific 5-Year Cost to Own rating. Drivers can expect the Chevrolet Bolt to lose 46% of its initial value after five years of ownership. 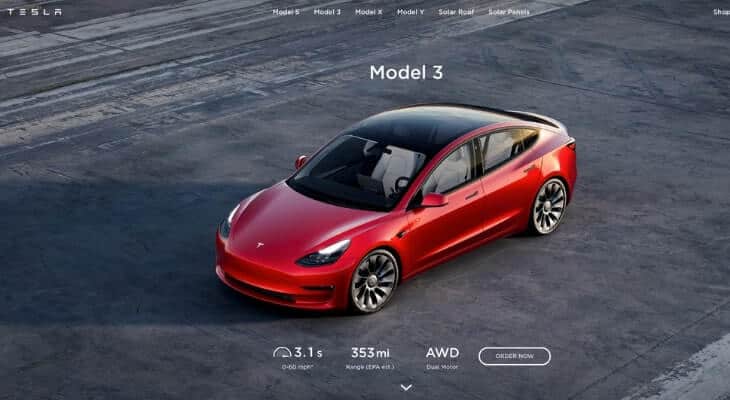 The Tesla Model 3’s reasonable entry price and low 5-Year Cost to Own make it one of the least expensive cars in the EV class and also one of the most affordable compact cars to maintain.

The Tesla 3’s tremendous fuel economy makes it a terrific choice for drivers of all stripes, from commuters to families. In addition its low average cost and low maintenance costs make it eligible for low car insurance premiums for most safe drivers.

Compared to other vehicles in the Tesla lineup, the Model 3 has a reasonable depreciation rate as well. The Model 3 is expected to depreciate 43% of its initial value after five years of ownership. 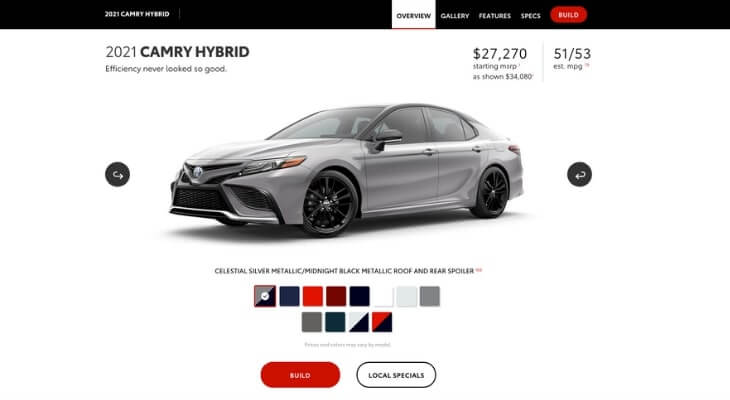 The Toyota Camry Hybrid has undergone many aggressive redesigns to help keep it relevant despite the waning popularity of four-door sedans nationwide. There’s no doubt its robust sales and continued popularity are aided by its considerably low base price point of $27,270, a figure that makes it one of the cheapest new cars available on the market today.

The Camry isn’t just one of the least expensive cars to buy, it also has a stellar rate of depreciation. A new Toyota Camry Hybrid will depreciate in value by $14,164 after five years. 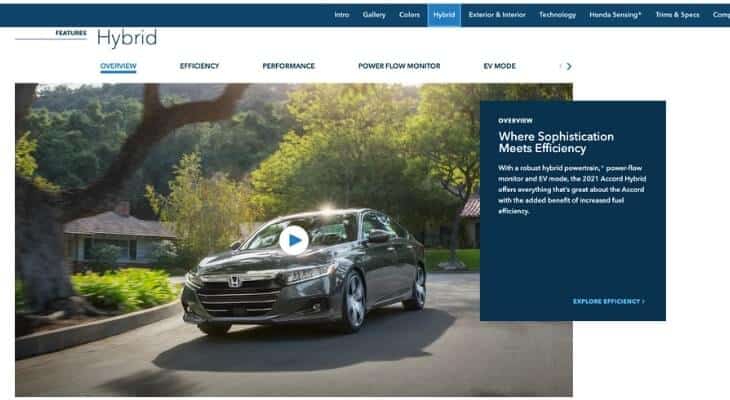 The Honda Accord‘s well-established reputation for durability and low base price point have made it one of the most popular vehicles in the United States for years.

Despite its ample size and four-door design, the Accord Hybrid accord has continually fallen short of the dreaded “full-size sedan” status, maintaining its appeal as a sporty, stylish mid-size car that’s attractive to both young professionals and families alike.

The Honda Accord Hybrid has a reasonable depreciation rate of $16,610 after five years of ownership. 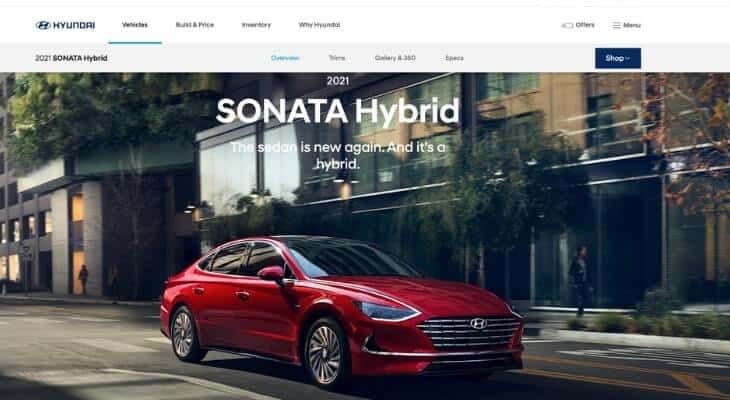 Critics have praised the Hyundai Sonata Hybrid’s fuel economy, ample seating room and high quality interior materials. The Sonata Hybrid’s affordable $35,676 cost to own over five years also makes it one of the cheapest cars to maintain among four-door midsize sedans.

The 2021 Hybrid also comes complete with the numerous features added during its 2020 redesign, namely a larger touchscreen and available solar roof. The Hyundai Sonata Hybrid can be expected to lose $16,696 of its initial value after five years of ownership. 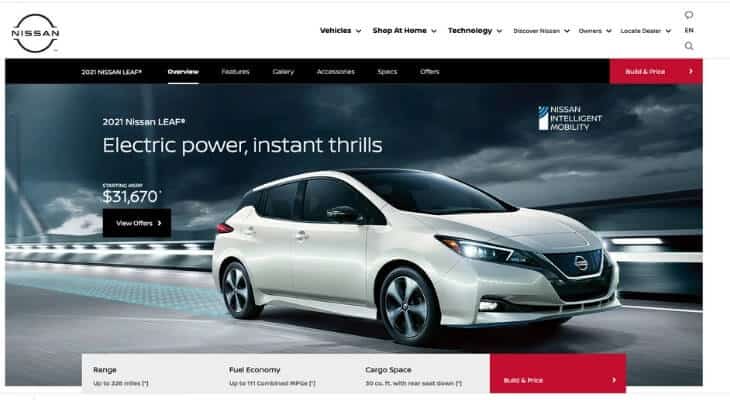 Debuting in 2011, the Nissan LEAF has become a bit of an institution in the EV class although its awkward interior design and rather outdated exterior have made its popularity lapse. But if your priority is simply saving money over looks, it’s difficult to do better than Nissan‘s venerated five-door electric hatchback, thanks largely to its reasonable purchase price point and low 5-Year Cost to Own.

However, despite its affordable metrics, Nissan LEAF’s 67% depreciation rate after five years of ownership may concern drivers who prefer to switch vehicles every few years. 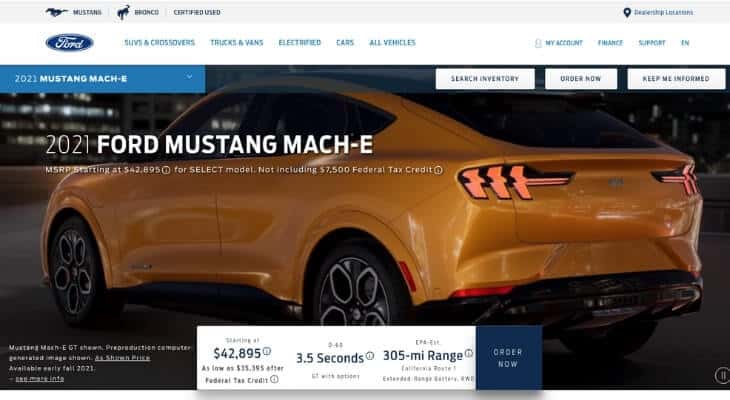 Drivers and critics alike were excited when Ford‘s venerated muscle car took on a new identity as a EV hatchback as the Mustang Mach-E. The car’s exceptional range, powerful acceleration capability, and unique style have made it a hit, as has its low $25,085 5-Year Cost to Own rating.

Despite considerable fluctuations in base price and 5-Year Cost to Own, it’s a fact that electric vehicles remain the cheapest cars to maintain over your length of ownership compared to their gas-powered counterparts.

Whether you’re shopping for a new car or a used car, it’s a safe bet that no matter which one you choose, choosing an EV will save you considerably in terms of maintenance costs.