Top 10 Facts About Electric Cars You Might Not Know 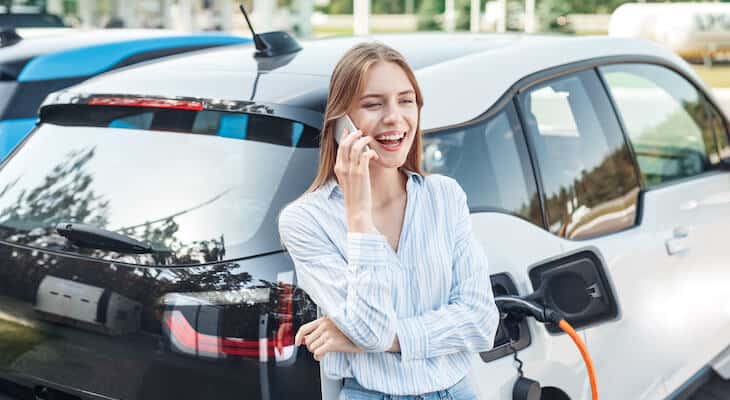 Shopping for a new car and unable to decide on whether to purchase a gas-powered car or an electric one? You’re not alone. Electric cars are becoming more and more common with each passing year.

When new technologies broaden their reach, there’s often a lot of confusion and rumors about the supposed benefits and potential drawbacks of these new and powerful tools. Similarly, there is a lot about electric vehicles that many people don’t yet know.

One unmistakable fact about electric cars: They’re far better for the environment. The Union of Concerned Scientists continually asserts that switching from gasoline to electric vehicles will remain a vital solution for reducing harmful emissions and staving off air pollution, one the most dangerous factors of global climate change.

The internal combustion engine is one of the main culprits in spreading harmful toxins into the environment, and requires an array of pollutants to properly function.

And while it’s broad knowledge that electric cars are greener, much about this new transportation technology is not yet common knowledge. Read on to learn some facts about electric cars and how they’ll soon impact your life and everyday travel.

10. There Are Two Kinds of All-Electric Cars

There are two types of all-electric vehicle (AEV) builds. Battery electric vehicles (BEVs) are powered by energy stored in a rechargeable battery pack that in turn powers the car’s electric motor. BEVs can replenish their battery power at home-based charging points and at public charging stations.

While some BEVs also generate electricity through regenerative braking, they have no secondary source of power, and also have zero tailpipe emissions.

The second type of AEV are fuel cell electric vehicles (FCEVs). FCEVs generate electricity by using surrounding oxygen and compressed hydrogen. The majority of FCEVs are considered zero-emissions vehicles and only expel heat and water.

At present, FCEVs are not as efficient as BEVs. Unlike BEVs, which refuel by plugging a battery into a charger, FCEVs require refills of hydrogen through the use of pumps similar to those found at conventional gas stations.

All-electric cars should not be confused with plug-in hybrid electric vehicles. Hybrid vehicles utilize a combination of electric power in concert with an on-board internal combustion engine.

One of the most glaring differences between electric cars and their gasoline-powered counterparts is something that might surprise you: sound. Thanks to a variety of moving metal parts, the movement of fuels and exhausts, and traditional pedal and clamp braking systems, gasoline-powered vehicles make a considerable amount of noise.

This is particularly true in urban environments where hundreds if not thousands of cars travel the close-knit network of roads simultaneously. In fact, all-electric vehicles are so quiet that regulations require them to make artificial sounds when traveling at lower speeds so that pedestrians, wildlife, and visually impaired people are able to recognize and hear them on the road. 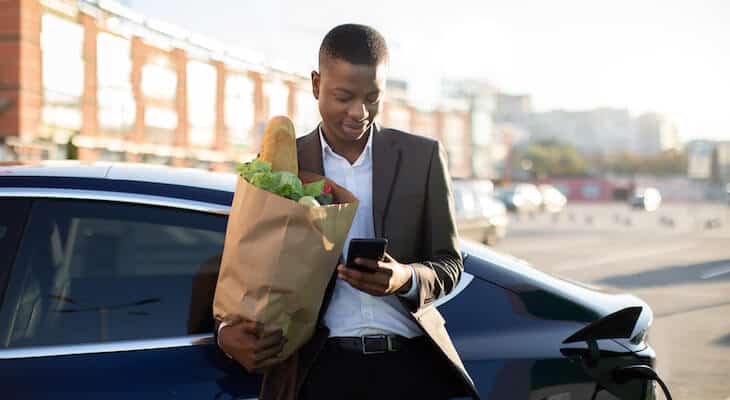 For over a century, car drivers have known that it’s not just the initial cost of a gasoline-powered vehicle that costs them money. Paying for gasoline and routine maintenance has been a financial anchor on car owners across the world for generations as well.

The constant friction, wear and tear, and gradual breakdown of mechanical systems in internal combustion powertrains require regular upkeep and changes of fluids to keep the system running efficiently. Motor oil, transmission fluids, brake fluids, and coolants are among the most frequently maintained ingredients in a gas-powered engine. All-electric cars don’t require any of these fluids or their associated maintenance.

No matter how they’re powered, no machine is immune to wear and tear over time. That said, the wear and tear of electric cars is far slower and drastic than that of gasoline-powered vehicles, thanks to their advanced powertrains.

According to the U.S. Department of Energy, batteries in electric drive vehicles are designed to last the entire life of the vehicle, despite the fact that over several years, their ability to hold a full charge depreciates.

Failures like blown head gaskets and ruptured timing belts thanks to wear and tear are common issues that cause gas-powered engines to fail well before the lifetime of the vehicle has expired. Electric cars are immune to these failures.

So while older EVs with lesser range capabilities could be at a disadvantage in the secondary market, they will be far less fraught with potential problems when compared to pre-owned gas-powered vehicles.

5. Buses, Fire Trucks, and Long Haulers Are Going Electric Too

BEVs aren’t limited to just automobiles. Dozens of types of BEVs are in use today in private and public business sectors, including forklifts and railcars. Municipalities and states across the country have been concentrating on replacing public bus fleets with electric vehicles.

The development of electric buses is still an emerging idea, but the rollouts in certain U.S. cities has been promising so far. The city of Seneca, South Carolina operates an all-electric municipal bus fleet that has far outperformed their former diesel buses in terms of fuel efficiency.

In addition, the Twin Rivers Unified School District in Twin Rivers, California was the first major school district in the U.S. to convert to an all-electric bus fleet. They’ve reported an annual savings of $15K in energy and maintenance costs over their old diesel fleet.

4. Electric Cars Aren’t as New as You Think 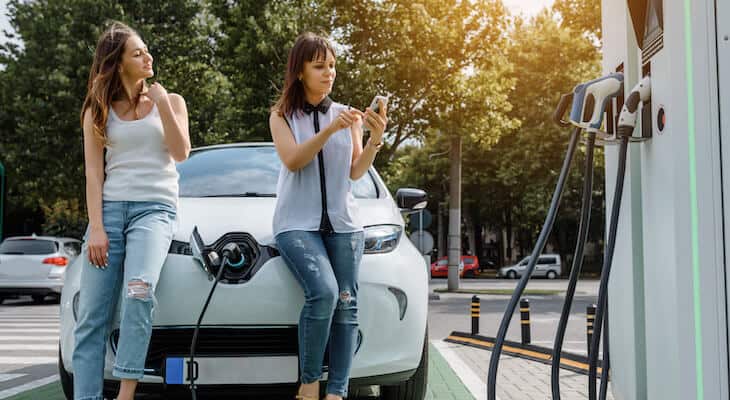 The first all-electric vehicle has been difficult for historians to pin down. Safe to say, it was farther back in the past than you might expect. The first successful vehicle designed in the United States was a six-passenger electric wagon designed by Iowa chemist William Morrison in 1890. It was capable of 14 mph, which was quite impressive during its time.

The interruption of the advancement in electric car technology is largely attributed to the gas-powered Ford Model T in 1908. That car cost less than half that of electric cars available at the time, and their massive sales numbers, unfortunately, reduced all-electric vehicles to a niche technology for generations.

3. EV Charging Stations Are Already All Over the United States

The most common concern among potential EV drivers is how long their charge will last and if the charging infrastructure in the areas they drive most is as reliable as fueling up at their favorite gas station. Recharging has become as easy as filling up in nearly all U.S. states.

There are over 41,400 EV charging stations in the United States so far, according to the U.S. Department of Energy, a number that grows with each month. That might not seem like a lot, but when you consider there are 136,400 gas stations in the U.S., it’s an impressive amount. The Biden Administration is presently working on an infrastructure bill that would promise to have 500,000 public charging devices in the United States by the year 2030.

It’s not just everyday drivers who are converting to all-electric cars, but professional drivers as well. NASCAR is already considering an all-electric racing series. In addition, the next generation of NASCAR racing cars, slated to debut in 2022, has been designed with an easy implementation of hybrid and electric capabilities.

In addition, the FIA — which oversees Formula 1 and several other marquee racing series — launched Formula E in 2014, which features all-electric single-seater race cars.

Thanks to their simpler construction, electric cars accelerate faster than gas-powered cars. Internal combustion engines take longer to generate power and transport it to their wheels. This is because their generation of power comes from a chorus of integral moving parts, like transmissions.

As such, the top speeds of the most popular EVs on the market today are quickly surpassing the maximum speed limits allowed across the United States, which makes them more than fast enough for everyday use. Just be careful not to get a ticket!