How Long Do Electric Cars Last Compared to Conventional Cars? 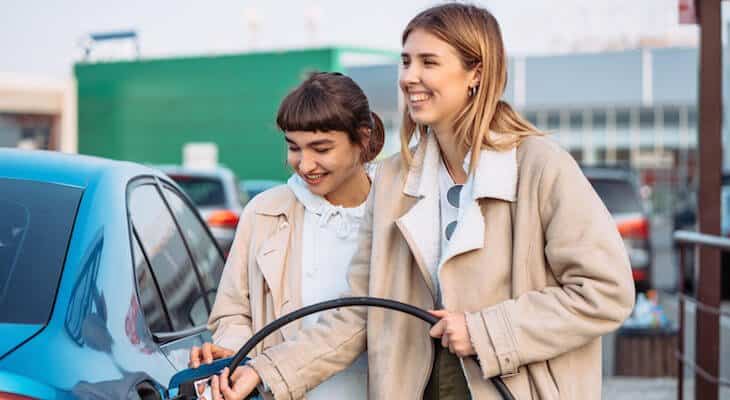 Estimating how long a car will last can be complicated because it depends on a number of factors. Different parts of a vehicle can wear down at different rates, and everything from the number of miles you drive each year to how well you maintain the vehicle can play a role in how long it lasts.

With electric cars, it’s a little more complicated. Some electric car components have a longer lifespan than conventional car parts, but others, such as the lithium-ion battery, are expensive to replace. With the right electric car maintenance and charging habits, you can extend your EV’s battery life significantly.

So if you’re asking yourself, “how long do electric cars last?” you’ll need to do some thinking about its battery capacity, its warranty, and your driving habits.

How Long Do Electric Cars Last vs. Conventional Cars?

The Federal Highway Administration (FHA) conducted a survey in 2017 and found that the average household car is driven 10,200 miles per year, with newer cars (up to five years old) driven further — between 11,500 and 13,500 miles annually.

Although the exact figure depends on the make and model, a gas-powered car can be expected to last for 10-15 years, or around 150,000 miles.

What Is the Electric Car Lifespan?

Because electric cars are newer to the market, there’s less data on how long an electric car will last over the long term. While anecdotal reports suggest that some Teslas have been driven over 400,000 miles, that may not be every driver’s experience.

A recent study in Joule estimated the cost of owning an electric vehicle over an average lifespan of 15 years and 161,729 vehicle miles traveled.

It found that overall lifetime costs were as much as $15,000 less for electric cars vs. gas cars, mostly due to lower maintenance and fuel costs.

An electric motor has fewer moving parts than an internal combustion engine, and even the brakes wear out more slowly due to the regenerative braking system.

Since EV battery technology is improving all the time, it’s likely that new models of electric cars will last even longer and outpace conventional cars by a wide margin. 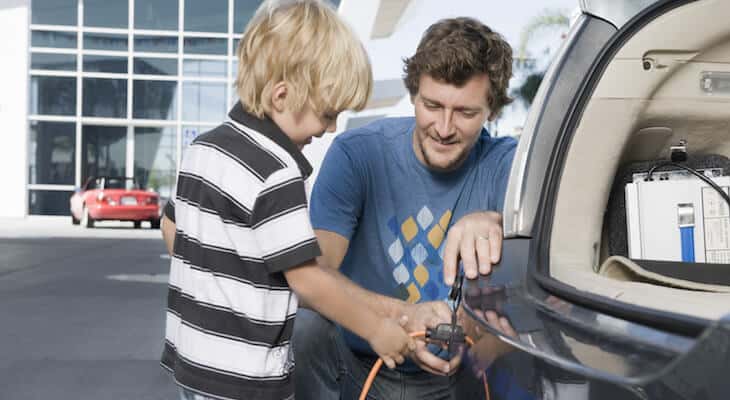 The biggest question hanging over electric cars is how long the battery will last. It’s no secret that an EV’s battery health diminishes over time, and it can decline even more quickly in extreme temperatures or if DC fast chargers are used too frequently.

Most EV manufacturers claim that the battery will last as long as the life of the car, even with reduced capacity taken into account.

As the U.S. Department of Energy explains, lithium-ion batteries have a “limited number of charging cycles,” but it’s more common for batteries to be replaced due to a crash or a malfunction than because of reduced battery capacity.

Tesla claims that its battery capacity drops by only 20% after 200,000 miles, while Nissan claims that the Nissan LEAF battery can last for up to 22 years.

Some automakers are working on batteries that can last for a million miles or more, and could be used in multiple cars over the course of its lifespan.

Electric car battery life isn’t just a maintenance issue; it’s also an environmental one. While EVs are better for the environment than gas-powered cars, they still have a carbon footprint when it comes to producing new batteries.

For example, lithium-ion batteries use rare earth minerals such as nickel, cobalt, and manganese, and EV production may be contributing to shortages of these materials.

That’s why lawmakers are proposing bills like the Battery and Critical Mineral Recycling Act of 2020, which would increase federal funding for recycling programs.

There are plenty of options for reusing EV batteries once they’re no longer suitable for powering a car, such as using them for home energy storage.

Some automakers, including Volkswagen and Toyota, are developing their own programs to give EV batteries a second life, either by repurposing them or recycling them altogether.

It’s important for drivers to think carefully about what happens to their EV battery after its working life to minimize its environmental impact.

How Long Do EV Warranties Last?

Another thing to consider before buying an electric car is its warranty. This will give you a good idea of how long the manufacturer expects different parts of the car to remain in working order, and which expenses you’ll have to pay for out of pocket.

Warranties can vary from one automaker to the next, and even from state to state, so read them carefully. Federal law requires electric vehicle battery warranties to last for at least eight years or 100,000 miles, but other components usually have a shorter warranty, which may be as little as three years or 36,000 miles.

Some vehicles, such as the Hyundai Kona EV, come with a lifetime battery warranty for battery failure, but battery degradation is only covered for a maximum of three years.

In some cases, the warranty can only be claimed by the original owner, so be sure to do your research if you’re buying a used EV and want to transfer the warranty.

Battery warranties can be confusing, but the fact that you’ll be covered for up to eight years should give you some indication of your car’s expected battery lifespan.

How to Improve the Lifespan of Your Electric Car 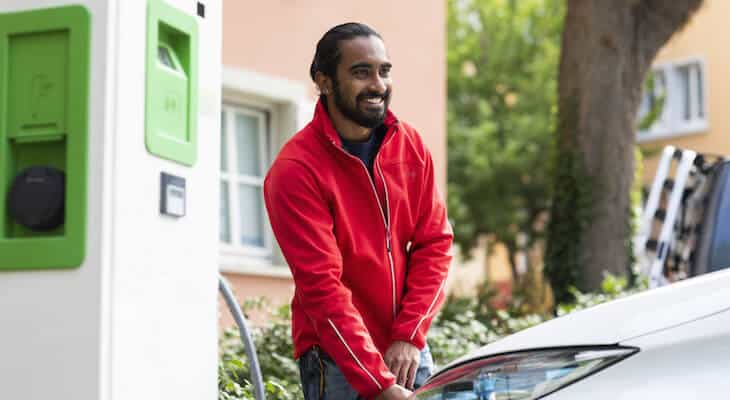 In the best-case scenario, you won’t have to make use of your car’s warranty at all. You can increase your EV’s overall lifespan by following these basic guidelines.

Keeping your car clean is especially important with an EV because the battery pack is positioned underneath the body of the vehicle, making it susceptible to corrosion.

Make a habit of checking for rust and residue on the underbelly of your vehicle, as well as around the charging point and other electrical components.

Electric cars don’t require as much maintenance as conventional cars, but they should still be taken into the repair shop occasionally.

Follow the maintenance schedule in the owner’s manual and keep an eye out for any indicator lights that turn on in the dashboard.

Driving at a steady pace isn’t just more energy-efficient — it also means less wear and tear on your brake pads. Because EVs have a regenerative braking system, you may find that you can “coast” along and don’t need to accelerate as frequently.

Cut Down on DC Fast Charging

Rapid charging is useful when you’re on a road trip or in a hurry. But frequent use of fast charging stations to reach a full charge can diminish your battery capacity more quickly.

Most EV owners invest in a home charging station, which allows for overnight EV charging, prolonging your battery health and cutting down on electricity costs. If you have solar panels, you can cut down on your costs even further and power your car using renewable energy, reducing its overall emissions.

Be Mindful of Temperature Extremes

Cold weather can reduce performance in the short term, while hot weather can lead to faster degradation. Avoid driving in extreme conditions when possible, and park your car in the garage or in the shade to keep it in optimal condition.

As more electric cars hit the road, scientists will be able to collect more accurate data on the lifespan of electric cars. We can also expect to see lower production costs and longer-lasting batteries that can be recycled more efficiently.

Whether you buy a new car or a used one, you can expect your EV to last at least as long as a conventional car. And with the right care and maintenance, you may be able to drive it for 200,000 or more before it’s time for it to retire!