Not all that long ago, we’d turn our heads when a Tesla or a BMW i3 drove by. (The Tesla, because it’s sexy; the i3, because it’s just weird). Now, electric vehicles are everywhere.

The pace of adoption will only accelerate as prices for lithium-ion batteries fall and charging times speed up. But what does driving an electric car mean for your car insurance and your overall ownership costs?

How Much Does it Cost to Own an Electric Car?

The short answer: A lot, but they’re getting cheaper all the time. Here’s a look at the approximate base prices of some of the models available now:

But no one pays the full sticker price, because the federal government offers a tax credit of $2,500 to $7,500 per new EV purchased. Even so, electric vehicles remain more expensive than their gas-powered siblings. A new, conventional Ford Focus, for example, starts at around $18,000 — $4,000 less than the EV, even after the tax rebate.

One little-known secret: It may actually be cheaper to lease an electric vehicle, compared to buying it outright. One reason is that car manufacturers often subsidize leases so they can meet production quotas. Another is that because the technology is evolving so quickly, the resale value of an EV, to say it bluntly, sucks. One CPA calculated his EV depreciation costs at $4,400 per year: He paid $27,802, then sold it six years later for $2,500.

The high sticker price of electric cars is offset by their super-low cost of ownership. Charging your car costs less than half as much as filling up a gas-powered car, according to the U.S. Department of Energy. These numbers can change, obviously, depending on the local costs of electricity and gasoline. Check the current numbers for your state here.

The other awesome thing about EVs is all the parts they don’t have: oil pans, fan belts, air filters, timing belts, head gaskets and spark plugs. That’s right: You’ll never again have to hear a quick-lube salesperson try to upsell you on an air filter. Sweet!

How Expensive is Electric Car Insurance?

But what about insurance costs for electric cars? While you can save in gas and oil changes by driving an electric car, you may end up splurging on insurance. That’s not because EV drivers get into more accidents. It’s because electric vehicles include expensive batteries and technology that costs a lot to repair or replace. 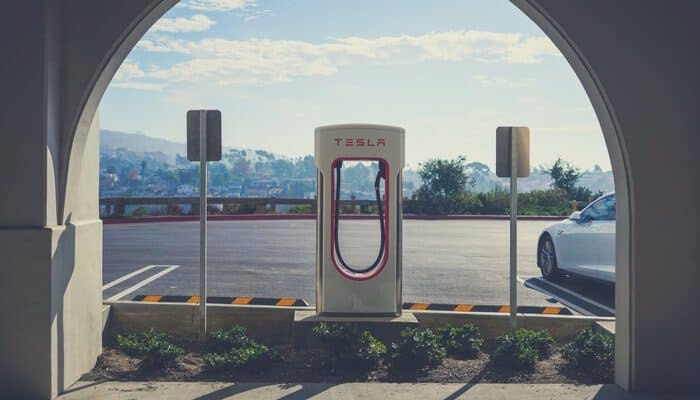 To discover the difference between EV insurance and conventional car insurance, we ran the numbers for a California driver who’s 27 and has a good driving record. When she opted for the Basic level of coverage, here are the best quotes she got for all-new vehicles:

As you can see, the difference between gas and electric auto insurance can be anywhere from $0 to $39 per month — that’s a wide range! Of course, these quotes are just for one driver in one state. Auto insurance rates are affected by many different factors, so yours might be very different.

(Keep in mind that your homeowners insurance can be affected by your electric car, too. If you install a high-powered charging station at your house, you may be required to get additional coverage on your homeowners policy.)

Things get even crazier when you consider insurance for electric vehicles that are also semi-autonomous — meaning they can steer themselves back into the lane, brake automatically and avoid crashes. While semi-autonomous tech promises to prevent crashes and keep us safer, insurance for these new cars is not getting any cheaper. As advanced car safety technology becomes the norm, however, we may see liability coverage costs decrease.

How can you find the cheapest insurance for electric cars? The same way you find cheap insurance for any other car: by comparing personalized quotes on Compare.com. Enter your vehicle and driver info just once, then get multiple quotes from different companies for various levels of coverage. It’s easy! Get started now.