The High Price of Driving Uninsured: 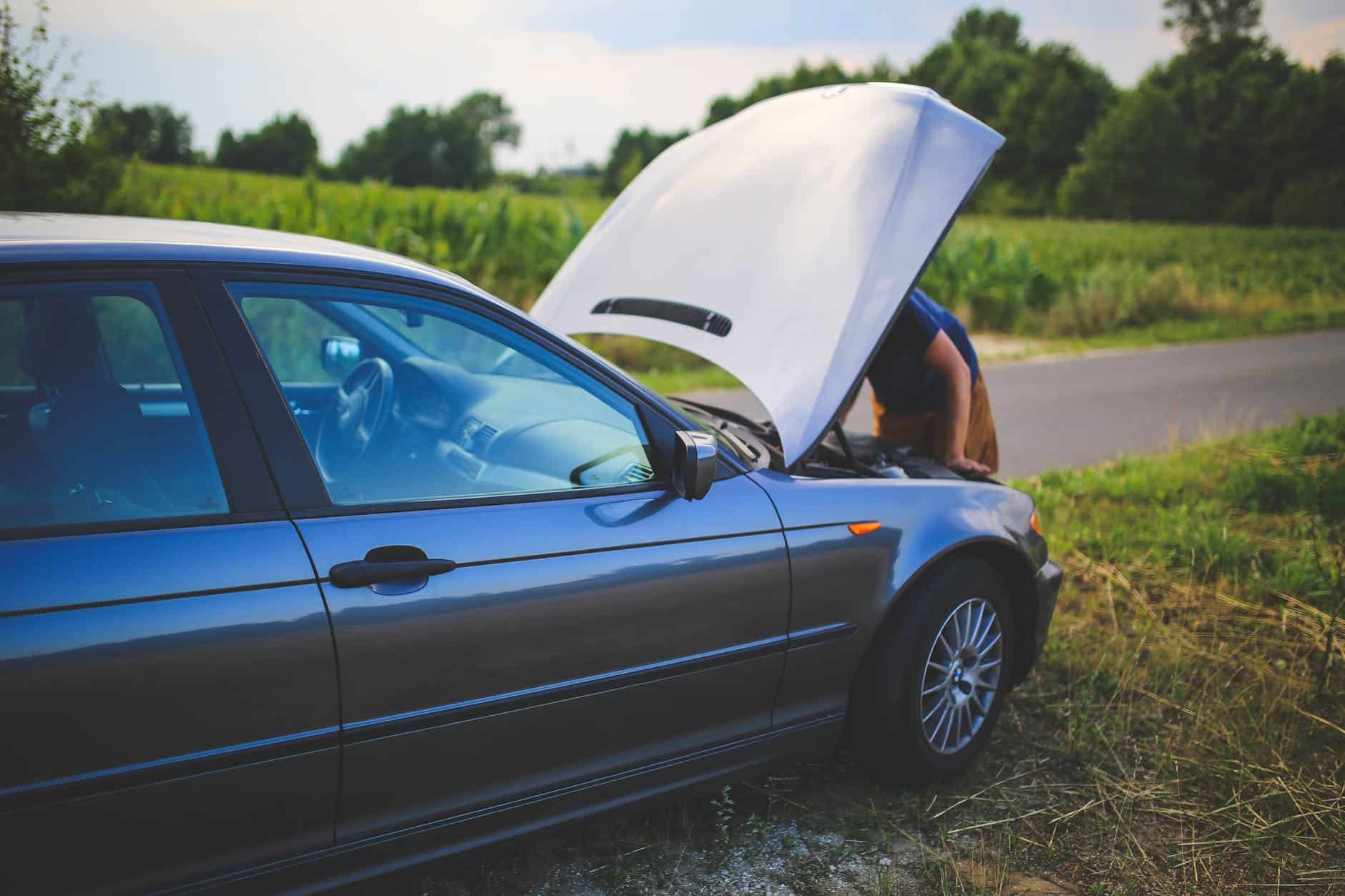 As states ramp up enforcement against uninsured drivers, consumers are learning the high cost of missing car insurance payments. In December 2018, Oklahoma was among the latest states to adopt automated license plate readers (ALPRs) to catch uninsured drivers. In the first weeks after deploying the plate-scanning technology, the state flagged 2,100 vehicles on the roads without auto insurance. 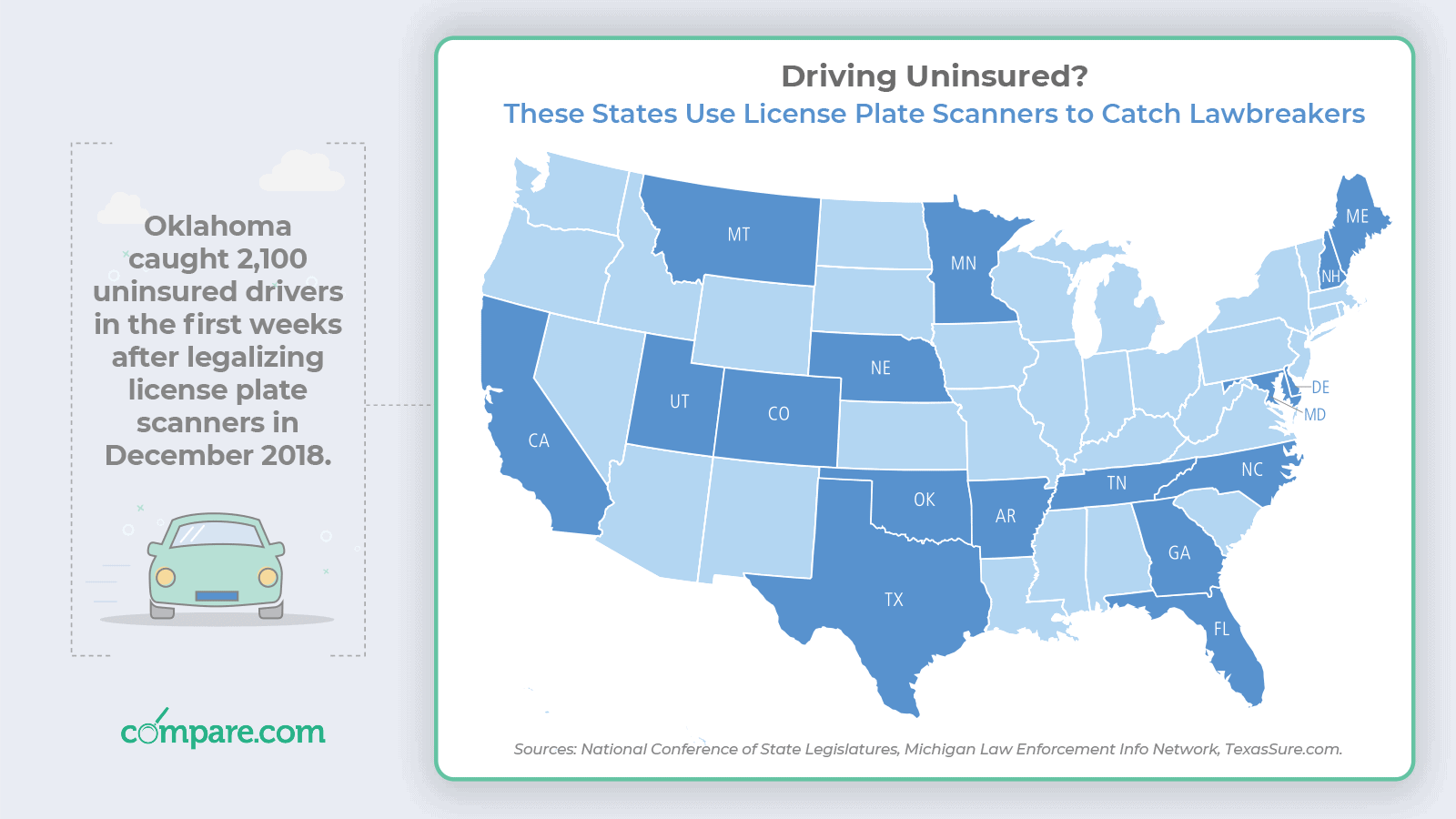 Penalties for getting caught behind the wheel without insurance vary widely by state-by-state, but there is a cost to uninsured drivers that’s rarely mentioned—and it applies even to those who are never flagged by law enforcement. All drivers who let their auto insurance lapse pay a substantially higher amount to insure their vehicles after a lapse in coverage.

New research from Compare.com examined over one million applications for auto insurance on the platform during 2018. The car insurance shopping website found that drivers who allow their insurance policies to lapse by 30 days or more pay premiums on average 44% higher than those who do not. The penalty period for these policies, which are considered higher risk by insurance carriers, can last anywhere between six months to over 12 months, depending on the state and the insurance company. 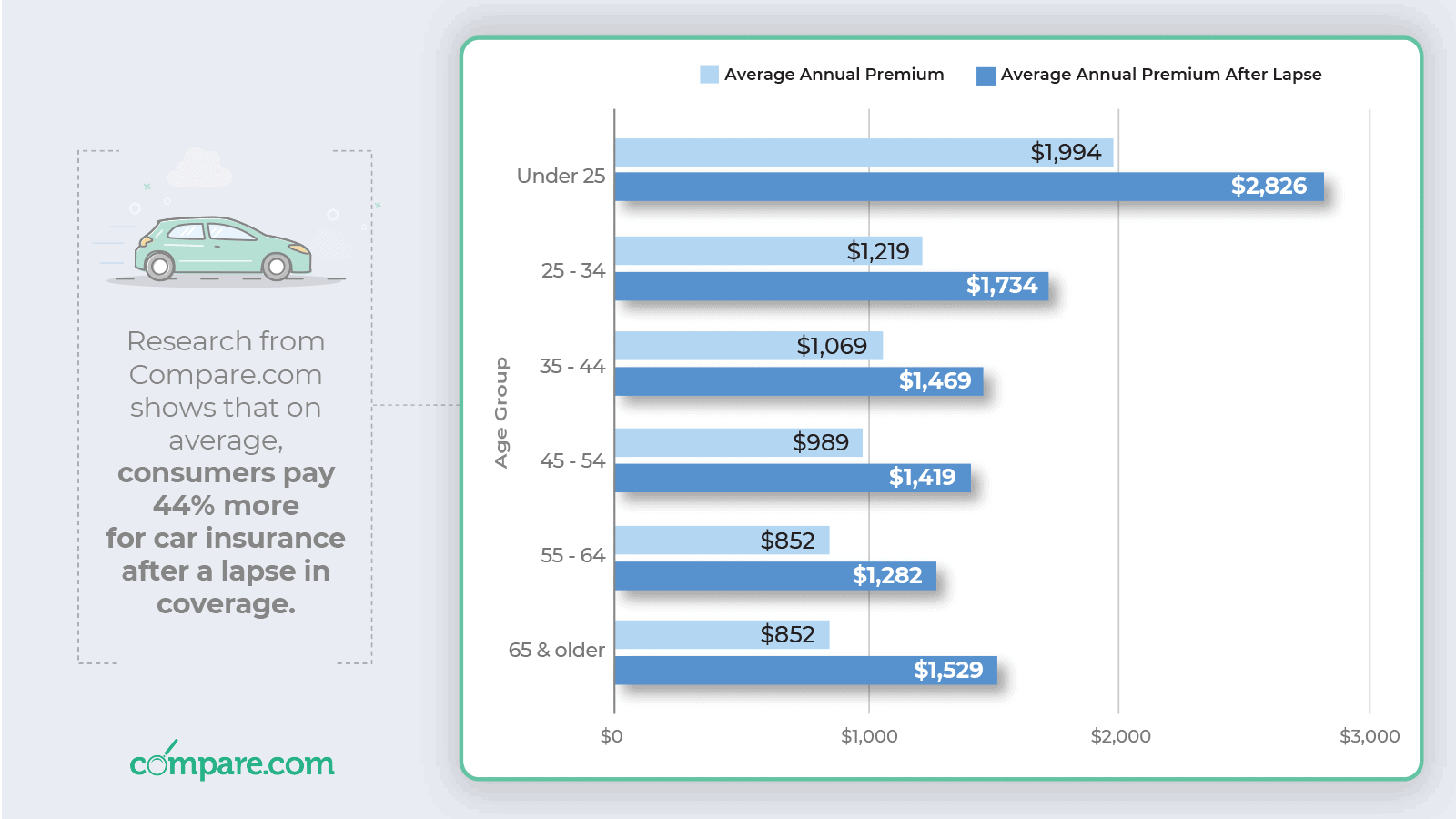 “When consumers face financial hardship, they often don’t consider the hidden cost of skipping car insurance payments,” says Andrew Rose, CEO of Compare.com. “Even if someone has no plans to drive their car during the period of non-payment, insurance companies can define the policy as lapsed, meaning when they try to renew the policy, the premium cost can be substantially higher … even 50 to 80% higher.”

Adding up a) the cost of a traffic ticket or fee for non-insurance, b) the cost of paying to re-register a vehicle after a traffic violation, and c) higher insurance premiums … getting caught driving uninsured can easily cost someone over $1,000, and in some states drivers will pay over $5,000 to get back on the road legally.

The way states deal with uninsured drivers varies tremendously, and it’s not always easy to find statistics about penalties or about the technologies law enforcement uses to catch lawbreakers.

The last time a nationwide assessment of uninsured drivers was conducted was in 2015, when the Insurance Research Council (IRC) examined data from 14 insurance companies. When IRC published its findings, it found 13% of drivers nationwide were uninsured.

Florida had the highest rate of uninsured motorists (26.7%) and Maine has the lowest rate of uninsured motorists (4.5%). [See Table 1.] In the years since that study, Florida hired a Massachusetts based company called Gatso to catch and fine uninsured drivers using plate scanners. That program and others like it are being contested by lawsuits that question whether a) states can outsource law enforcement functions to third-party companies and b) challenge the widespread collection and storage of location-based data of law-abiding citizens.

Uninsured drivers face different penalties based on the state in which they are caught. In Delaware, the state with the harshest penalties according to the National Conference of State Legislatures, first-time offenders pay a mandatory fine of $1,500 to $2,000 and a license suspension for six months. (The rate of uninsured motorists in Delaware is 11.4%, below the national average.) Tennessee has the most lenient penalties for uninsured drivers. For a first offense, drivers pay a $75 fine plus administrative fees. Tennessee also has among the highest rates of uninsured drivers: 20% according to the IRC. Research from the Federal Reserve Bank of New York also shows younger drivers struggling with the cost of car costs: 90+ day delinquencies on car payments is highest among younger drivers according to that study. It reported in February 2019 that adults under the age of 30 have a significantly higher rate of delinquency--a rate that has persisted since 2014 despite an improving economy.

Looking at applicant data on its marketplace platform, Compare.com research shows that those with lapsed insurance are much more likely to drive older model, American car brands. [See Table 2.] The top-three car brands most likely to be uninsured are Pontiac, Dodge and Chevrolet (all models in the top 10 are no longer manufactured).

The car makes/models least likely to be on the roads uninsured: Toyota Highlander, Toyota RAV4, and Subaru Outback.

Lessons for All Drivers

The findings are important for all drivers--those facing hardship as well as those who are current on their auto insurance payments, says Andrew Rose. “Above all, don’t stop paying your auto insurance. It’s illegal and puts you and others at great financial risk.”

Andrew counsels that for those struggling to afford insurance payments, they should consider taking their vehicles off the road temporarily and reducing their insurance coverage to comprehensive-only. Since their car will be off the road, there’s no need to pay for liability insurance, typically the most expensive portion of an auto insurance policy.

This lower-cost insurance coverage will protect the vehicle from theft or damage while it’s not being driven, and give the driver some breathing room to get their finances back in order. (Note, you cannot drive your vehicle with comprehensive-only coverage.) It’s important to check with your insurance company and state DMV about how to properly store/surrender plates and registration, even on a temporary basis.

If your insurance has lapsed and your premium has gone up, be sure you understand how long your penalty period lasts, and re-shop your policy at the end of that period to be sure you are getting the best price possible. For some, the penalty period can be as short as 6 months, while others may find it lasts well over a year. These differences vary by state and by carrier.

And for those who are current on their insurance payments, it’s important to check their policies to ensure they are covered for uninsured or underinsured motorist events. “You don’t have to wait for your car insurance renewal period to check whether your policy includes uninsured motorist provisions--which offers you protection in the event you’re in an accident with an uninsured driver or an underinsured driver” explains Andrew. These protections can be added to a policy at any time and are highly recommended, particularly in states with high rates of uninsured motorists.