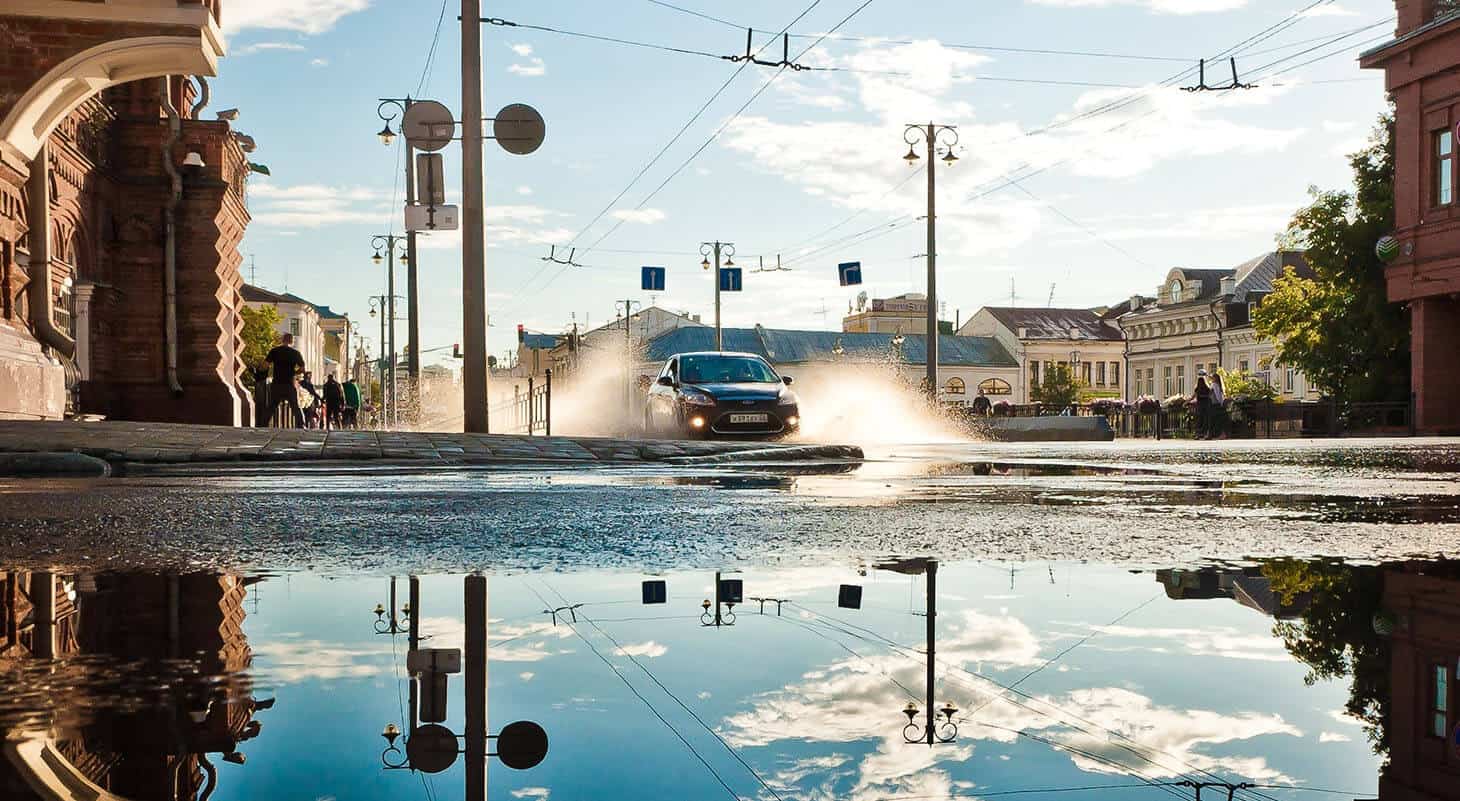 2016 was a record year for flooding, with 19 separate flood disasters reported. Houston, Texas, is number one in the nation for flood damage. Nothing will destroy a car more thoroughly than floodwater, as we see over and over again. What does flood damage do to a car, and how can car insurance help?

If you have comprehensive insurance on your car, you should be able to file a “car flooded” insurance claim and have the damage covered, after you pay the deductible. Because flood damage can be so devastating, there’s a good chance your car will be totaled and your insurance will pay the actual cash value (ACV) of the vehicle. ACV is calculated based on the sale price of similar cars in your area.

Car insurance will not cover flood-related damage that’s caused by negligence, or by the poor condition of your car. “So if your car’s windows were left down, or the sunroof was left open, and rain gets in as a result, any water damage caused by the rain is unlikely to be covered,” Allstate explains.

What happens if your car’s flooded and you have no insurance? (No comprehensive insurance, we mean; liability insurance is required by law.) In very few cases, help may be available from the government. After major floods occurred in 2016 in Texas, for instance, the Federal Emergency Management Agency offered disaster assistance for people whose cars were damaged.

But most people whose cars are damaged in a flood won’t get help from FEMA. Unless you can afford to replace your car yourself, comprehensive insurance is wise to carry, especially if you live in a flood-prone area. We make buying car insurance easy with multiple car insurance quotes to compare in seconds.

What Does Flood Damage Do To a Car? 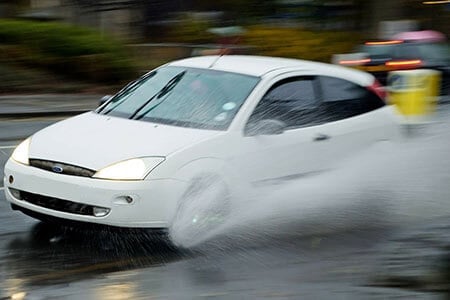 The first, and worst, thing a flood can do is actually carry away your car. As little as 12 inches of water can move a car, and two feet will sweep away even large SUVs. And often, people never see it coming. In Ellicott City, Md., in 2016, hundreds of people were enjoying dinner or shopping in the historic downtown when a flood roared in, swept away dozens of cars and killed two people. It wasn’t a hurricane or rising river that was to blame, just an intense storm that dropped six inches of rain in two hours.

The first rule of flash flood safety is “Turn Around Don’t Drown.” If you see a sign or barrier warning you about flood danger, turn around. And if your car does get caught in a flash flood, get out, if you can, and move to higher ground.

What else does flood damage do to a car? Floodwater can corrode electrical components, damage the engine, soak the upholstery and carpet, contaminate fuel and rust metal. Salt water is even more damaging than fresh. The worst-case scenario (besides watching your car float away forever) is flooding your car while the engine is running. As DamagedCars succinctly explains, your engine intake will suck in water instead of air, and “as the cylinders fill with water and the pistons come up, the water has nowhere to go. The piston rods will bend, and you’ll end up with a blown engine. This is called hydrolocking. It’s bad.” Like, “you need a new engine” bad.

What should you do if your car gets flooded?

Don’t start the engine. If there’s water present in the engine or the fuel system, you can make your flood problems a lot worse. If the car must be moved, call a towing service.

Report the flood incident to your auto insurance company. If many cars in your area suffered flood damage, it may take several days for the adjuster to look at your vehicle. In the meantime, don’t just assume it’s totaled and let it sit, soaked. Instead, do your best to assess the flood damage and clean the car.

Disconnect the battery ground strap first, Popular Mechanics says, then check the dipsticks for the engine and transmission. If you see water droplets clinging to either one, that means “you absolutely, positively need to change the oil and filter before even thinking about starting the engine.”

Then, commit yourself to drying out your car.