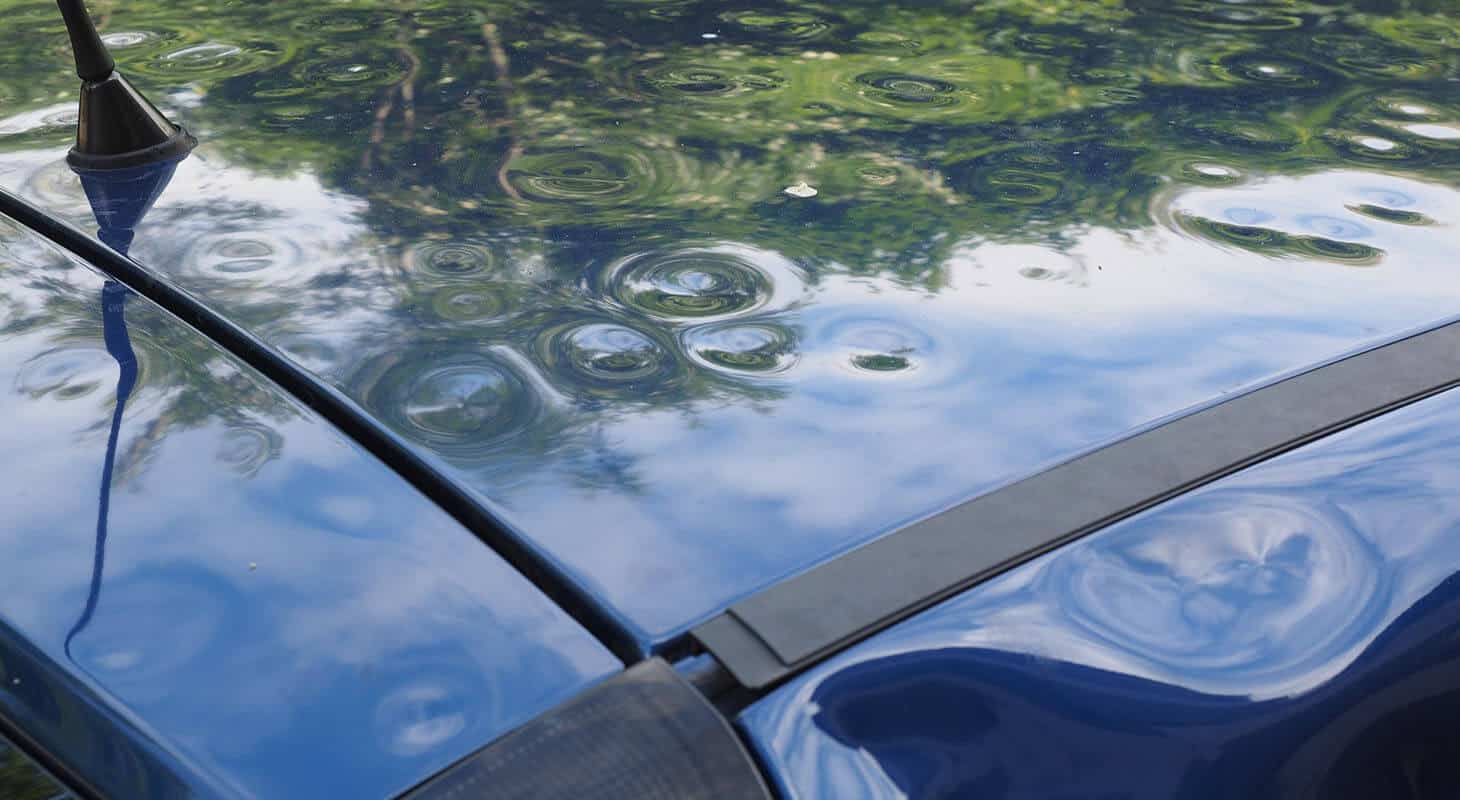 There’s something about hail that turns us into kids again. It’s just so weird that on a warm summer day, little balls of ice can suddenly fall from the sky. Unlike kids, however, we drive cars. And if the first thought we have when it hails is, “That’s so cool!”, the second thought is, “Uh-oh, is my car okay?” Can hail damage to a car be repaired?

And if your car’s damaged by hail, will insurance cover it?

Does insurance cover hail damage to your car?

If you have comprehensive coverage, you should be protected from storm and hail damage. That’s the good news! But then for the bad news. It may take a long time for your insurance company to process the claim and pay for the repairs. If your car suffered hail damage in Denver, for instance, and you were slow to file a claim, you might find yourself 100,000th in line for repairs.

Hail damage can also be a challenge to fix. A body shop may use filler in the dents, then repaint the damaged areas. Or, the shop may use paintless dent removal, a process in which dents are pushed (or pulled) out without damaging the factory finish. Special tools and training are required to make the surface smooth. If you go to an inexperienced technician, your car may look worse than before, with holes in the metal or “pimples” in the paint.

If your insurance company cuts you a check for hail damage repair, and you’d rather keep the cash and drive a dented car, that’s OK. You can try DIY hail dent removal techniques too. However, their effectiveness depends on your skill and the extent of the damage. Oklahoma City news station News9 tried several different methods to remove hail dents on a car, including heating the dent with a hair dryer then cooling it with dry ice, and the “Pops-a-dent” kit. None really worked well, they found. Another option is pulling the dents out with a heavy-duty suction cup. Whichever method you try, don’t expect perfection.

Don’t get caught in the hail without comprehensive coverage! Find the best deal on the best coverage at Compare.com, where you can compare multiple quotes from insurance companies in minutes.

Where is hail damage most common? Did you know that the United States has a “hail alley? According to the Weather Channel, “severe hail occurs most often in a triangular region from west Texas to northwest Missouri to the western Dakotas.” Researchers define “severe” as hail that’s one inch in diameter. The craziest hail is in Texas, Kansas, Oklahoma and Nebraska. These states see the most days each year with hail larger than golf balls. The biggest hailstone ever recorded, which fell in Aurora, Neb. in 2010, measured seven inches.

While hail rarely kills anyone, it can cause catastrophic damage. One recent example is the hailstorm that hit Denver, Colo., in May 2017. With hailstones striking a wide swath of the city during rush hour, the storm is officially the most expensive disaster the state has ever seen.

The Rocky Mountain Insurance Information Association estimated that more than 150,000 auto insurance claims and more than 50,000 homeowners insurance claims would be filed, totaling some $1.4 billion in losses, the Denver Post reported.

How does hail damage cars?

If you hear little hailstones pelting your car, don’t panic. Only large hail has the potential to really damage vehicles. Typically, hail must be golf-ball-size (1.75 inch) to dent cars. The hail in Denver was large enough to knock out windshields and sensors on cars, in many instances, which drove up the cost of repairs.