You have drag-racing dreams… but a one-car budget. Maybe a street legal race car is in your future: a car you can drive to work all week and then take to the track.

But what does “street-legal” even mean? And how do you insure a street-legal racer? We’ll tell you all about it. Just remember that it’s not legal to race a street legal race car on the street. (Say that five times fast.) Instead, head to a track that lets drivers race their own cars, such as the Sonoma Raceway or Watkins Glen.

Race cars are built for competition. Regular cars are built to safely carry people from place to place. Street legal race cars exist in the intersection of these two groups: they’re super-fast cars that also have all the safety features required by local laws. The definition of a street legal car varies from state to state, but there are a few things they must have, wherever you are. According to legal site HG.com, street legal race cars need:

OK, so tell me how to make a race car street legal.

First, the bad news. It’s not always possible to make a race car street legal, unless you have tons of money and lots of time. Let’s say your eccentric uncle leaves you a NASCAR-style stock car in his will. You want to impress all your coworkers by driving it to work. It’s an almost impossible task.  As one Quora expert explains, “a NASCAR stock car modified to drive on the street would need a speedometer, head, tail and turn lights, and (most difficult) doors that open, whole new exhaust system, rebalance the chassis, change the suspension geometry, change all the shock and spring rates, adjust brake bias…”

It’s just not designed to drive on the street — or even to make right turns.

Now, maybe you have a vehicle that has been modified for performance or looks. It may need just a little work to make it street-legal again. Examples include restoring the muffler/emissions controls, removing dark tints or replacing illegal lights with DOT-approved lights.

What are examples of street legal race cars? 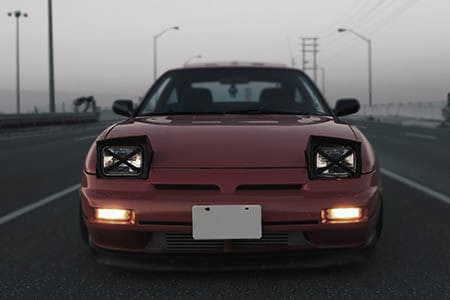 While definitions of street legal race cars vary, most fall into a few broad categories.

How do you get insurance for a street legal race car?

Finding the right car insurance for a race car can be tricky. For one thing, the actual worth of the car may exceed its face value, if you’ve made substantial modifications to it. Also, only specialty insurance companies actually want to insure cars that are used for racing, because of the high risk involved.

If you leave racing for realistic driving video games, and drive a speedy but otherwise ordinary car, such as a BMW or a tuned Honda, you may be able to get car insurance through a regular insurer. Run your info through Compare.com’s powerful comparison engine and get multiple quotes from insurers. If you drive a classic, collectible or show car, you’ll probably need special car insurance from a company that covers these vehicles. And if you’re lucky enough to have a Lamborghini in the garage, you’ll need to get exotic-car insurance.