Think about the assembly line of designers, executives, focus group members and others who dream up a car before it gets to the actual assembly line. It’s almost mind-blowing that there are cars in the 21st century that roll out to auto shows and car lots that are almost universally panned as “ugly cars.” And there are plenty of other cars that are a split decision; some think they’re cutting-edge and trendy – the “good” trendy – and others pass them off as ugly cars from the moment they make a cameo in a summer blockbuster movie.

Here is a list of the top 10 automobiles from the 21st century that are deemed ugly cars more often than not. And if you happen to disagree with our runway judges, well there is some good news; you might be able to buy these ugly cars on the cheap. This car might best be known for hamsters. The award-winning advertising campaign featuring playful pets actually drove unit sales into the hundreds of thousands. But much like a hamster isn’t so cute on a second look – they’re needy creatures with balls of excrement stuck to their bodies – the Soul appears to be no more than a plastic box on wheels for anyone outside its millennial targetting. 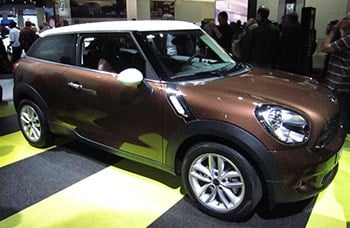 The Mini is a polarizing car design. Some love its cute, retro compactness. Others loathe it for the same reasons. Considering that Austin Powers zipped around in a pair featuring the vanity plates SWINGER and SWINGER2, and looking at how that once mighty comedy franchise has aged, we may have our tiebreaker. The three-door Paceman is a particularly confounding design, as its stubby frame is complemented by a hodgepodge of features randomly drawn from other Mini models. Heck, it’s not even made in England, which is akin to a Beefeater wearing a beret. There are a number of ways to prove to fellow drivers that you’re a kind of a big deal: never letting someone into your lane, coating your car in semi-obnoxious bumper stickers (MENSA, OBX, etc.), or being behind the wheel of an H2. We kid, we kid! An extra-wide gas guzzler that couldn’t be restricted to a single lane or parking spot, the Hummer H2 was based on the military design and is technically considered a pick-up truck. But when it came in yellow and struggled to make a U-turn across a 5-lane highway, it looked and handled more like the Wienermobile than freedom on wheels. And we all know what hotdogs are made of… 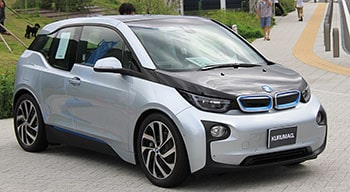 You can almost see Tom Cruise exiting this over-engineered, space-age car in some forgettable big screen sequel or spin-off. It’s a cross between a Martian golf cart and a Bond villain’s pet robotic shark. The i3 is angular, compact and simply over stylized. 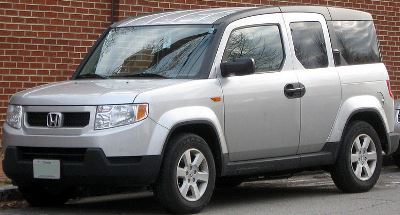 If the Honda Element’s boxy stature and pedestrian design make you want to gag, well, you’re in luck. That’s because the interior is completely made of urethane and stain-resistant fabric. So yak away! Introduced in 2003, the Element actually sold more than 67,000 before sputtering out in 2010. The Element’s Boxy design featured plastic bumpers and plenty of 90-degree angles. 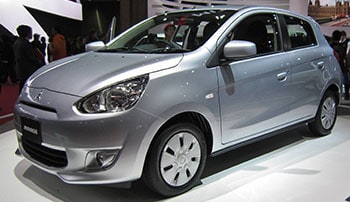 It’s disappointment on wheels. Some value-priced subcompact cars, such as the Honda FIT and Nissan Versa, melded style and affordability. But Mitsubishi simply applies a bland, no-frills design to its vanilla clown car. The Mirage does pack decent fuel efficiency and is tough on emissions, but it’s not enough to salvage its forgettable first impression. 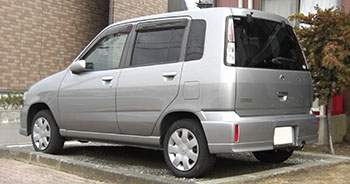 It’s easy to beat up on boxy automobiles. Manufacturers talk about their interior spaciousness. We talk about the fact that they appear less aerodynamic than an inflatable couch. While the Cube’s puzzling design even flummoxes Rubik, at least the car wears its right angles with pride.

What if instead of being an intense and loyal confident of Bruce Wayne and Batman in the movie series reboot, Morgan Freeman’s Lucius Fox character was lazy and simply waiting out his days until retirement? Then the Tumbler, or Batmobile, might have looked like this. There is just too much going on with the Veneno. It’s like a sandwich that starts out sounding delicious – shaved beef, mushrooms, onions, bacon and jalapeños, but then indiscriminately adds olives, chicken livers, and even headcheese. Released in 2013, the wannabe stealthy ride has something going for it – no one may ever see it. With a 6.5-liter V12 that gets 740 horsies, it may just be a beautiful blur. The other reason is that there were only four made. And at $4.5 million a pop – it was made in conjunction with Lamborghini celebrating 50 years – it may be a worse anniversary gift than a vacuum or golf tees. 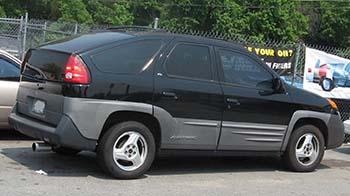 Few cars have been beaten down like the Pontiac Aztec. It makes every ugle car list. I once had a boss who owned two of these copper nightmares. His rationale, “They were cheap, they run, and I don’t have to worry about anyone stealing my car.” Fair enough. Do you need to move a friend who lives in a studio apartment? Or do you aspire to surf but only own a boogie board? This ill-conceived, modern-day El Camino might be the right ride for you. An all-wheel-drive car/truck hybrid that channels rally car design, the Baja looks more like a collaboration between Kia and Taco Bell than a standard Subaru release. Despite lofty expectations, the Baja only had a three year run, from 2003-2006. It’s the kind of car that gets your neighbors selling their home to request that you kindly park your car in the garage until the contract is signed.

Remember, just because a car is considered ugly doesn’t necessarily mean its performance suffers. But in the 21st century, we still have a problem separating function and form. However, if you don’t care about aesthetics or being laughed at by your fellow motorists, the good news is that these rides are all ripe for great bargains.