Atlanta vs Savannah: Which City Has the Best Driving? 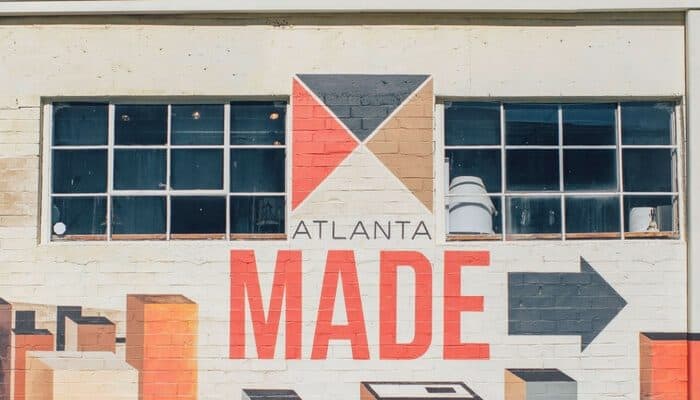 While they’re just three and a half hours apart, Atlanta and Savannah are a world away from each other — not only in their cultures, but on the road. We compare what driving is like in these two Georgia cities.

Where is Insurance Cheaper: Savannah or Atlanta?

Neither Savannah nor Atlanta auto insurance is super cheap, unfortunately, but where you live can affect rates a lot.

Find out how to get cheap car insurance in GA.

We ran the numbers for two hypothetical 27-year-old drivers, a man and a woman, in each city. They both are single, have good driving records, and drive six-year-old cars. Basic coverage meets the Georgia state minimum requirements (25/50/25 liability, with matching limits for uninsured motorist coverage) and adds comprehensive and collision. We looked at car insurance quotes for policies paid up front; pay-as-you-go plans are typically a little more expensive, because they require a down payment.

Although the rates are pretty close, Savannah has the edge — in this example, anyway. Georgia car insurance rates will typically be lower in smaller cities and towns, compared to a huge metropolis like Atlanta. But auto insurance is also really personalized: your age, driving record, ZIP code, profession and other factors can change your rates a lot. The only way to find out what your personal best GA insurance quotes will be to compare quotes on Compare.com.

Which City has the Most Dangerous Roads: Savannah or Atlanta?

Atlanta, unfortunately, lays claim to six of the 10 deadliest roads in Georgia, according to a recent analysis of traffic fatalities. The most dangerous roadways include sections of:

Savannah, being a smaller city, has fewer road fatalities. The most dangerous roads in Savannah include parts of I-516, Abercorn Street, and I-95.

Where is Traffic Worse: Savannah or Atlanta?

This answer will surprise no one: Atlanta has the fourth worst traffic in the United States, according to INRIX, and the eighth worst traffic in the world. If you live in metro Atlanta, you probably spend an average of 70 hours each year in traffic jams during peak travel times, and 10 percent of your driving time, overall, is spent in congestion. Hope you downloaded some good podcasts to pass the time.

Traffic is much more chill in Savannah, which ranks 117th in the United States and 681st in the world. The average driver spends just 14 hours in congestion each year (during peak times) and 7 percent of overall driving time.

Atlanta has another dubious distinction: the most congested bottleneck in the entire U.S. is the intersection of I-285 and I-85 in northwest Atlanta. Locals call it “Spaghetti Junction” because of the complex jumble of access roads. It’s even referenced in the movie “Baby Driver” as the place where the young getaway driver once led police on a legendary car chase.

Which City has the Most Fun Drives?

Driving isn’t all about the grind of commuting and congestion. Both cities have some inviting pleasure-driving options, too. A short but scenic drive in Atlanta is the Druid Hills neighborhood, where you’ll find some of the city’s oldest homes. North of metro Atlanta, at the end of the 575, is the 65-mile Georgia Mountain Parkway. After a section of hills and straightaways, you reach the Blue Ridge Mountains, where the parkway winds through picturesque mountain towns. The parkway “is an optimal route for motorists who want to experience multiple types of driving in one setting,” Thrillist notes.

We think Savannah is the winner for scenic drives, however, because how can Atlanta compete with alligators? Just outside of town, you can take a four-mile drive through the Savannah National Wildlife Refuge, where you’re virtually guaranteed to see lounging gators and other wildlife. (Just don’t feed or provoke them.) Another scenic drive in Savannah is found at Wormsloe Historic Site, a gorgeous road sheltered by live oaks and Spanish moss that takes you to the ruins of Wormsloe, a colonial-era estate. For a day-long drive, take U.S. 17 south along the coast. “The scenic Georgia portion of U.S. 17 goes past broad sandy beaches, creeks and rivers, and the ruins of antebellum plantations,” Frommer’s says.

Moving to Georgia soon? Remember: The best way to get the cheap car insurance you deserve is to compare quotes on Compare.com. It’s free, it’s easy and it only takes a few minutes. Try it!